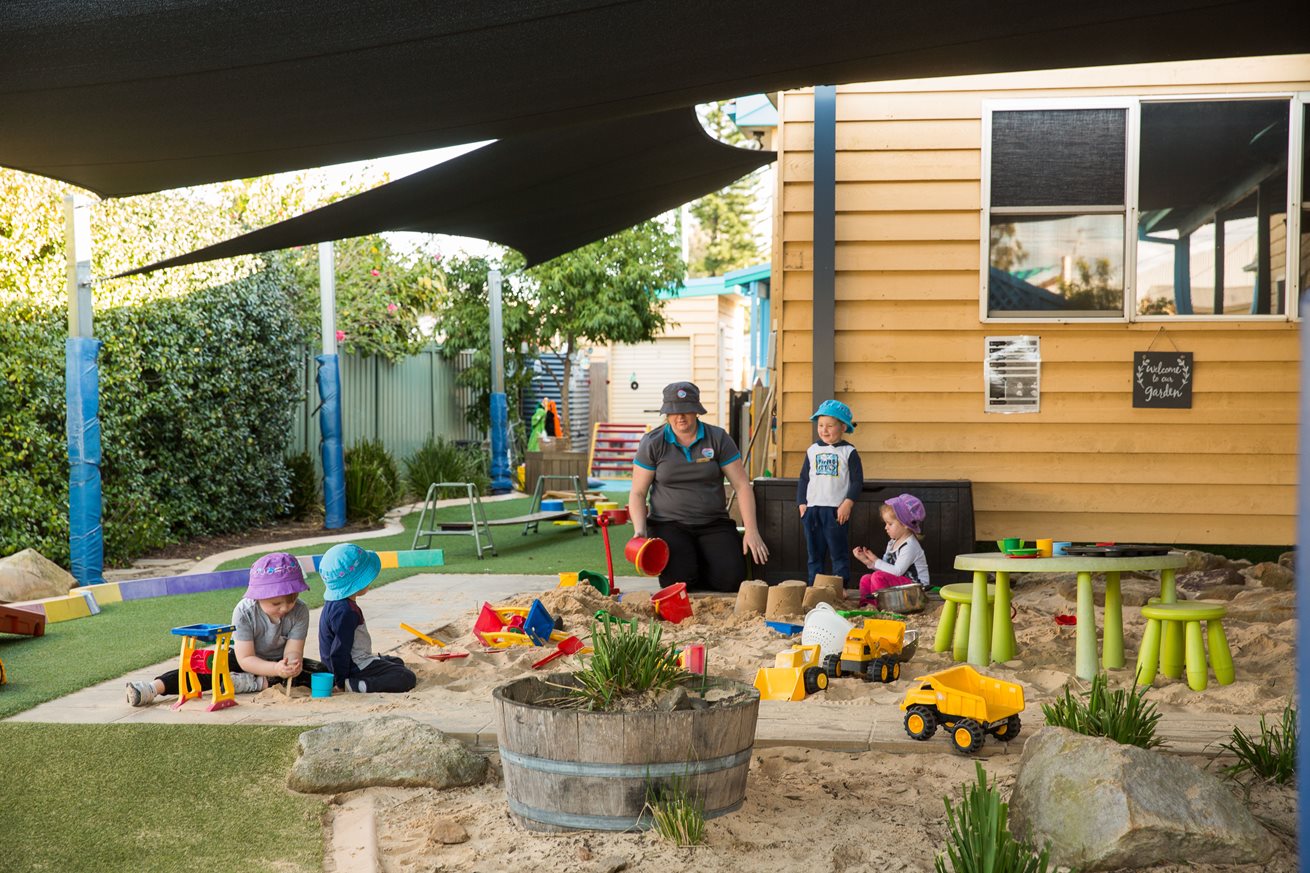 The team of educators and leaders at Goodstart Broadmeadow in New South Wales commenced a journey of reconciliation in 2015, with the development of the centre’s first  Reconciliation Action Plan (RAP).

Over the past five years, the team have experienced “a big learning curve” which they have shared more broadly to support other early childhood education and care (ECEC) services.

From growing knowledge and understanding of Indigenous culture and history, to offering employment opportunities to Indigenous trainees, through to participating in community yarning circles, Goodstart Broadmeadow has shown how to put reconciliation into practice, every day.

“For me, I grew up in an era of teaching in the 1980s with a ‘white Australia’ view of history,” Assistant Director and Lead Educator Sandy McNaughton said, “and much of what I learned about Indigenous history wasn’t actually factual.”

Using this drive, and her new perspective, Sandy began looking around the centre, and realising that there was a lot of work to be done.

“We had limited knowledge of Aboriginal and Torres Strait Island history and culture, there were fixed mindsets, and tokenistic practices, so there was a lot of room for change,” she said.

Sandy started the process of developing the centre’s RAP by using the resources available on the Reconciliation Australia Narragunnawali website, and set out to achieve the 14 required actions of a RAP.

Sandy participated in training provided by her local community yarning circle, reached out to families online for their feedback and input into the RAP, and sought feedback through the centre’s RAP working group.

When it came time to put the RAP into practice, Sandy said she learned some valuable lessons about how to make it easier for educators to get involved.

“You really need a centre champion who is really committed to the RAP for the long term, and has a passion for learning new knowledge,” she said.

One initial barrier was that educators were time poor, and as such it was hard to get the team to log on to the RAP website regularly to share what they were doing in line with the required actions.

To overcome this, Sandy created a template in Storypark, a program which was being used daily to communicate with families and document children’s learning.

Making a commitment as a whole team to what the RAP would look like and need in order to be sustainable also helped. The RAP is now embedded into programming “and in everything we do,” Sandy said, with annual progress updates.

According to data from the Australian Government, in 2016 65.3 per cent of Indigenous 20 to 24-year-olds had attained year 12 or equivalent, compared to 89.1 per cent for non-Indigenous Australians.

And while the number of Aboriginal and Torres Strait Islander higher education students more than doubled in the ten years to 2016, these students still remain under-represented in universities (only 1.7 per cent of the domestic student population), and continue to have much lower completion rates than their non-Indigenous counterparts.

“That really hit me in the guts,” Sandy said. “As a non-Indigenous person, it made me realise how lucky I have been, and as much as we share the same country, we don’t at the same time. So I really wanted to support employment and learning initiatives.”

The centre now has a school-based trainee program for Aboriginal and Torres Strait Islander high school students, and they participate in Goodstart’s Career Tracker program, providing opportunities for First Nations’ men and women to undertake an internship during their University studies before transitioning into employment in early learning.

An Aboriginal and Torres Strait Islander vocal and dance group from a local high school visits regularly to perform for the children and get them involved in cultural activities.

Children at the centre participate in yarning circles every day, have learned an Acknowledgement of Country song they sing on special occasions, and Aboriginal and Torres Strait Islander culture and history is embedded into learning programs.

“I’ve seen us increase the authentic knowledge of Aboriginal and Torres Strait Islander history and culture in the children – our play-based program helps the children make those connections in a hands-on way of learning, and the children are really confident in their knowledge,” Sandy said.

“I want to see the children that we’re bringing up in our centres now become the generation that challenges the school system and how Australian history is taught and portrayed – I think that there still needs to be a lot of change and our children will be the ones saying ‘that’s not right’ because they’re confident in their knowledge they’ve learned here.”

More information about the work Goodstart is undertaking in the reconciliation space may be found here.