AEDC creator, Prof Fiona Stanley speaks out about the value of data in helping children Creator of the Australian Early Development Census (AEDC), Professor Fiona Stanley AC, has spoken with the Department of Education, Skills and Employment about the value of the triennial census that collects data on children’s development during their first year of full-time education to help schools, communities and policy makers identify what is working well and where services and resources are needed.

AEDC provides a snapshot of children’s development from birth to five years of age. Rather than being an individual test for a child, the data collected through AEDC provides a population measure of child development which can then be used to evaluate whether Australian communities are investing effectively in maternal and child services.

“The important thing about the AEDC,” Professor Stanley explained, “is that it’s a population measure to describe that a portion of children are vulnerable and hence possibly not ready for school.”

In the context of AEDC, a data set about children’s vulnerabilities could be based on  a geographic community, a particular school or a population sub-group. Since AEDC began in 2009, there has been a significant improvement in children’s school readiness, with fewer children falling behind in the skills that are crucial to succeeding at school.

In 2018, the majority of Australian children were doing well on each of the five domains, with the data showing a significant decrease in the level of vulnerability on one or more domains from 23.6 per cent in 2009 to 21.7 per cent in 2018.

While inspiration for AEDC came from Canada’s Early Development Index (EDI), Australia is the only country in the world where the entire population of children have their development routinely measured when they start school.

Professor Stanley was invited to Vancouver in 1999 by Professor Clyde Hertzman, who pioneered the EDI to measure children’s health and development as a tool to advocate for the early years.

“I brought the Index, as the AEDC was known then, from Canada to Australia. Dr Brett Hart and Sally Brinkman first used the EDI in Western Australia, which showed it was an effective population tool, and then we expanded it to communities nationwide,” she explained.

Following the success of EDI in Western Australia, the Australian Government decided to fund a broader implementation using a contribution from Shell Australia which allowed the Telethon Kids Institute to partner with the Centre for Community Child Health and continue to roll the instrument out across Australia.

At a cost of around $29 million for each AEDC cycle, the government works with state and territory governments to implement the AEDC across Australia. The next collection of this valuable information begins this month for the 2021 Census.

Teachers contributing to the 2021 AEDC from May will be supported by relief teachers funded by the Federal Government. Funding will also support data collection and state and territory coordination. The data collection is undertaken between May-July and the findings will be available in early 2022.

“Children are the future,” says Professor Stanley. “It can sound trite, but it’s true. The most important investment for any nation is investment in early childhood environments, so our children can grow up healthy and well. The AEDC is crucial to that.” 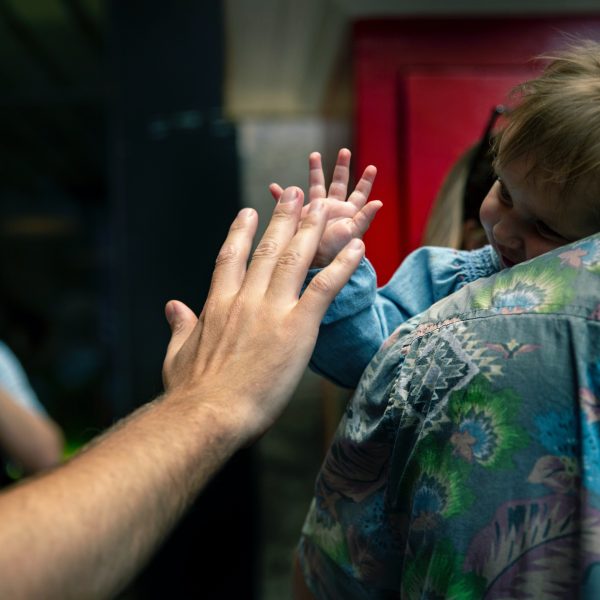