Goodstart Early Learning, Australia’s largest provider of early learning services and a not for profit social enterprise, has published its 2020 Annual Report in which it details strong quality, engagement and inclusion performances despite what was described as a “tumultuous year” by outgoing Chair Michael Traill.

“To say the year has been a tumultuous one is to understate the trying times we are living in” Mr Traill said, a sentiment that was echoed by CEO Julia Davison who said “Goodstart’s tenth year of operation was both our most successful and most challenging.”

The twin challenges of a particularly deadly bushfire season and the unprecedented disruption created by the COVID-19 pandemic combined with the tragic loss of a child’s life whilst in Goodstart’s care contributed to a very challenging second half of the year for the Group on multiple different levels.

That being said, Goodstart exited their financial year in a solid position with gains being made across its key strategic goals and its organisational objectives intact.

“In 2020, Goodstart has matured into one of Australia’s leading providers of great value high quality early learning.” Ms Davison said “By 2025, we aspire to be among the best in the world.”

The percentage has continued to improve since year end, with 97 per cent of services currently rated meeting or exceeding, a result which places Goodstart ahead of its long day care peers from a quality perspective, and on par with leading kindergarten providers such as C&K (97 per cent) and ECMS (97 per cent).

Building on the Key Educator Relationship approach and Practice guides, both of which were launched in 2018, Goodstart rolled out their Environmental Rating Scale (ERS) program which benchmarks centre quality on a room by room basis, identifies any shortcomings and then recommends actions to address them.

Ms Davison said “Over 600 of our centres have joined our quality improvement program anchored in assessment using Environmental Ratings Scales to benchmark quality. The centres then, utilising our new Learning Portal and supported by our Practice Improvement Teams, develop a plan to lift their practice.”

Goodstart reported another significant increase in the number of early childhood teachers employed in their centres up from 1,380 in 2019 to 1,586 in 2020.

300 educators are being supported to study for their teaching degrees through their Group’s new THRIVE program, and a partnership with Future Tracks is supporting both early stage pre-service teachers entering the sector as well as upskilling educators already working within Goodstart centres.

In addition, 316 educators have enrolled to upgrade to a Diploma qualification through the Goodstart Institute, which was audited and registered with the Australian Skills and Quality Authority in the period, and now has a total of 765 students actively studying towards the completion of their qualifications.

A total of $15.4 million was invested into professional learning and development in 2020, around 8 per lower than the same period last year, a fall that was due largely to COVID-19 disruption.

Over the course of 2020 Goodstart took their first steps in developing enhanced personalised experiences for their employees with the launch of Goodstarter Voices a new, detailed survey that ensures the voice of their teams are heard more effectively by decision makers, and, when combined with other commitments to its team members including above award wages and conditions, has seen employee engagement levels reach record levels at 69 per cent, up 3 per cent from 2017, according to its most recent employee engagement survey.

Over 99 per cent of Goodstart centres were involved in at least three or more social inclusion initiatives across the year with a total of $10.8 million spent on the programs.

The spend in this space was approximately 9 per cent below 2019 levels due to COVID-19 but still considerably higher than the $9.8 million spent in 2018.

Inclusion support across the Goodstart network continues to be driven by a team of 40 dedicated team members in the social inclusion team, an inclusion support help desk and a suite of learning materials located on the Learning Portal.

The number of children facing financial hardship that were supported by contributions from the Early Learning Fund, established in partnership with the Benevolent Society and Uniting Care NSW/ACT, rose from 393 to 695 this year.

In addition it was highlighted that 4,700 children are now receiving additional subsidy support across the network, up significantly from 2,700 in the September quarter of 2018.

A strong first half and solid start to 2020 saw Goodstart occupancy rates increase 2 per cent on the previous year with a consequent positive impact on the Group’s financial performance, however the onset of the COVID-19 pandemic created a quite different set of operating conditions which disrupted the trends that were in place.

That being said, Goodstart, which kept its centres open through the pandemic, reported revenues from early learning centres of $1.005 billion over the 12 months, slightly lower than the $1.065 billion recorded in 2019, with around 66 per cent being received from Government in the form of Child Care Subsidy and COVID-19 relief support.

Total expenses were up 10 per cent in the year excluding JobKeeper grant contributions which amounted to $179 million.

After accounting for the JobKeeper receipts, which helped enable the Group to retain employment for its 12,000 permanent employees, overall expenses fell by 1 per cent, a reduction commensurate with income falls and one which also reflects a range of cost savings initiatives amounting to $31 million that were enacted in response to COVID-19.

The Group reported an overall deficit for the financial year of $14.2 million, the first since the Group’s formation.

Advocacy, evidence and influence remain key priorities for the Group

Over the course of 2020 Goodstart continued to play an active role in policy debates of importance to the early childhood education and care sector through its involvement with sector peak bodies and direct internal channels.

The year saw Goodstart participate in key initiatives including the State of Early Learning Report (with Early Childhood Australia and Social Ventures Australia), a cost benefit analysis of early intervention (commissioned by The Front Project and the Mindaroo Foundation), and on-going research by other think tanks including the Mitchell Institute and the Grattan Institute.

The Group also continued to focus on developing evidence through internal research and evaluation with the implementation of the Early Years Toolbox and the Environmental Rating Scales (ERS) program.

By March 2020, 514 centres had finalised data collected through the ERS Program and Toolbox assessments were successfully completed across 276 centres.

As the Group enters its 11th year, the Board of Directors have signed off on their new five year strategic plan, Strategic Direction 2025.

The strategic direction has been built on six key goals:

and extends on the 2015 to 2020 strategic objectives of delivering High Quality, being Financially Stable, having Great People, embedding Evidence, broadening Influence and enhancing Inclusion.

A recent focus of the Group has been creating the senior leadership structures to support the new strategic Plan as well as investments in systems and processes.

Commenting Ms Davision said that “New roles were established including a Chief Orchestration Officer to focus on ensuring the right people are working on the right things at the right time, and a Chief Learning Officer to co-design a future-focused approach to adult learning that will build the capabilities we need to realise our 2025 strategic direction.”

The five organisational capabilities that the Group is focused on are: People Powered Innovation, Leadership and Pedagogical Pathways, Knowledge Exchange, Data, Evidence and Insights, and Influence. 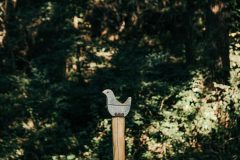 For Goodstart Director Corrine Bell, Reconciliation is part of the every day