Federal Opposition Leader Anthony Albanese visited South Australia earlier this week on the back of his Budget in Reply, in which he highlighted significant reform for the early childhood education and care (ECEC) sector should the Australian Labor Party secure power in the next Federal election.

During a visit to Sturt Childcare Centre Mr Albanese described the Federal Budget as “a lost opportunity” with significant spending ($100 billion) “but nothing to show for it at the end of it”.

What the Budget lacked, he continued, was reform. Comparing his ECEC vision to previous Labor led reforms, such as minimum wages, compulsory superannuation and Medicare, Mr Albanese said the newly proposed ECEC reforms would remove what he termed “the bizarre disincentive” whereby if a woman chooses to work a fourth day or a fifth day, they’re often paying 80-90, sometimes even 100 per cent of their salary to pay for childcare costs.

“That’s not good enough,” Mr Albanese said, noting that, as a country, Australia needs to “do better and remove that disincentive. Because what that is, that is a barrier to participation in the workforce. It’s also a barrier and a handbrake on productivity. And, of course, it has an impact on population growth as well. And they are the three Ps in which you can grow the economy. Population. Participation. Productivity.”

The reforms, he continued, are not only about boosting female workforce participation, but also about ensuring every Australian child has the opportunity for the best start in life.

“We know that 90 per cent of human brain development occurs in the first five years. And what this is about is making sure that every Australian child can get those opportunities. So, good for our kids, good for working women, good for families, good for our economy. This is the sort of reform that we need to make sure that we emerge from this recession stronger, and then are able to grow into the future.”

His comments were supported by Shadow Minister for Early Childhood Education and Development, Amanda Rishworth, who was also in attendance at the briefing.

To read the complete transcript of remarks, please see here. An overview of Mr Albanese’s Budget in Reply, as it relates to ECEC, can be found here. 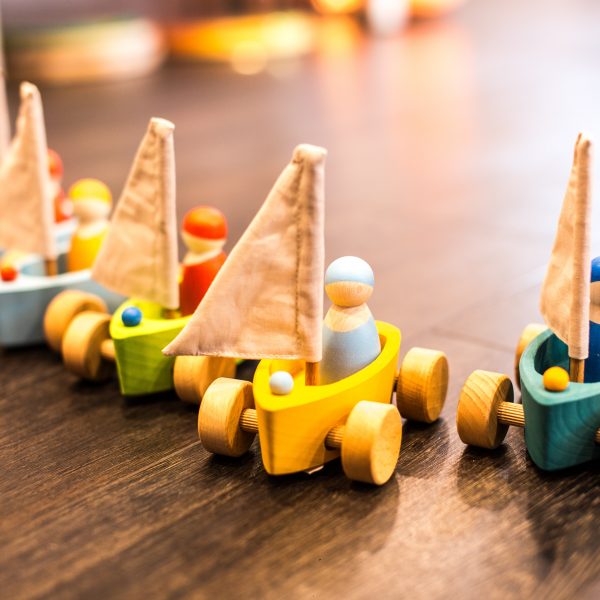 Labor’s childcare plan may get more women into work. Now what about quality and educators’ pay?