The annual growth rate of Long Day Care (LDC) service licences has moved back above 4.0 per cent for the first time in 15 months according to the latest NQF Snapshot released by the Australian Children’s Education and Care Quality Authority (ACECQA).

The Snapshot, which is released quarterly, contains a wide range of information on the profile of the early childhood education and care (ECEC) sector including data on the number of approved services in each jurisdiction and setting.

The latest release, for the 3 months ended 31 December 2019, showed that the number of approved LDC services across Australia has risen 4.2 per cent compared to the same period last year, a level just shy of the previous high water mark of 4.3 per cent recorded in Q3 2018 that signals a concerning revival in supply rates after a year long dip.

Across the states and territories by far the largest increase was in South Australia which saw the number of licenses issued rise 4.9 per cent significantly higher than the relatively modest increases of between 0.5 per cent and 2.9 per cent recorded in the preceding 12 months.

Victoria also saw an acceleration in growth with the highest level recorded in 18 months at 5.7 per cent as did the ACT which grew by ACT 4.0 per cent, the highest in six months.

Queensland and New South Wales were steady but elevated relative to recent past at 4.2 per cent and 4.0 per cent respectively and Western Australia came in at 2.7 per cent, the only large state exhibiting more restrained supply growth.

The total number of preschool and kinder licenses in issue across Australia fell by 1.5 per cent year on year, a second consecutive quarterly fall with the decline has largely being driven by NSW which has 28 less services now, then it did last year representing a 3.5 per cent fall.

Also notably, VIC saw a year on year contraction in kinder services a development that is contrary to the pre state election commitments made by the Labor party in November 2018 that saw them announce they would be investing up to $850m to build new kinders across Victoria.

The growth in new Outside School Hours Care (OSHC) services fell again in the December quarter to the lowest levels experienced for at least three years with the total number of services now well below those recorded in 2015.

What is particularly notable about this steady decline is that it has taken place against a backdrop of equally steady enrolment increases in OSHC services as detailed in the Department of Education’s Child Care in Australia Reports.

Across the states and territories NSW is growing the fastest at 2.7 per cent, followed by WA and SA which are growing at 1.3 per cent and 1.1 per cent respectively.

ACT, QLD and TAS recorded falls of 1.0 per cent, 1.3 per cent and 7.1 per cent respectively and VIC recorded very modest growth of 0.2 per cent.

FDC growth remains firmly negative but worst most likely behind it

The total number of FDC approved providers fell by 18 in the December quarter, the lowest quarterly fall since the reductions started in earnest in Q3 2016 and equivalent to 16.7 per cent.

In terms of overall drivers, NSW and VIC continue to see the largest falls with reductions of 18.4 per cent and 25.0 per cent respectively and although these changes remain elevated they are materially lower than the falls recorded in 2017 in NSW and early 2019 in VIC. 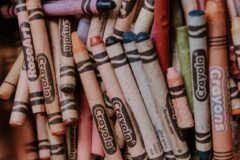