The increase in the number of new long day care (LDC) service approvals issued in New South Wales (NSW), Victoria (VIC) and Queensland (QLD) remained elevated, and in NSW’s case accelerated in the third quarter of 2019, whilst the ACT, Northern Territory (NT), South Australia (SA), Tasmania (TAS) and Western Australia (WA) all recorded meaningful falls – in some cases to rates not seen for several years – according to the Australian Children’s Education and Care Authority’s (ACECQA) latest snapshot.

In the states which demonstrated steady to rising growth, NSW was the stand out with 45 new licences issued representing an increase of 4.0 per cent year on year, the largest such rise since prior to Q3 2016.

QLD rose 4.3 per cent, slightly below the strong growth in the previous three months to June of 5.0 per cent and VIC rose 4.8 per cent which is more or less consistent with the previous quarters.

With respect to the smaller states and territories the general trend has been for falling growth rates year on year, with all recording growth rates at or below those recorded three years ago in 2016 and most notably SA, NT and TAS recording sub 1.0 per cent  or negative growth.

The net impact of divergence was to see overall growth in the number of new licenses issued across Australia in Q3 2019 fall to 3.7 per cent, slightly lower than the previous quarter but within the range of 3.5 per cent to 4.3 per cent recorded in the last three years.

The number of preschool/kindergarten licenses issued fell by 1.0 per cent compared to the same period last year with a net 30 services closing across Australia. The contraction was largely driven by NSW which saw a fall of 3.6 per cent as 29 preschool or kindergarten services closed.

The only two states or territories to show growth were the ACT, where one preschool/kindergarten was opened, and SA where eight opened, with all others regions recording either zero change or a net fall in services.

The growth in the outside school hours care (OSHC) setting continues to moderate relative to the high levels recorded three years ago.

NSW and SA grew fastest at 1.8 per cent and 2.1 per cent respectively, with VIC growing at a slower 1.2 per cent and QLD actually contracting 0.5 per cent in the period.

Family day care licenses continued to fall, but the rate of change remains consistent with the last 4 quarters, although overall licenses have fallen a massive 49 per cent since Q3 2016. 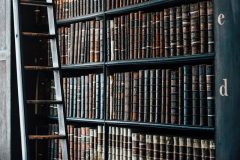