ARC explores automated decision making - what will it mean for the future of ECEC?

ARC explores automated decision making – what will it mean for the future of ECEC?

One of the core components in any role in the early childhood education and care (ECEC) sector is decision making. An educators day is governed by scores of decisions both large and small:

Many of the decisions made in this context rely on layers of professional knowledge, lived experience, discussions with colleagues, wider reading and learning about best practice, as well as the structure of the regulatory frameworks those in the sector operate within.

The Australian Government is looking ahead to a time where some of the burden of decision making is automated, and this week allocated $31.8 million to establish a research centre to investigate responsible, ethical, and inclusive automated decision making.

What might that mean for ECEC, and why should the sector pay attention?

Essentially, automated decision making is the process whereby machines make decisions without human involvement. Examples already in use are self driving vehicles, algorithms that determine when, where and how to invest money, and diagnostic tools which are used in making medical decisions.

In an ECEC context, it’s possible to imagine that instead of two educators driving a mini bus to pick up and drop off children, or take them on an excursion, a self driving vehicle may do so instead. Or rather than arguing with a parent about whether or not their child is well enough for care, a machine would make the decision.

While technology has “great potential to transform the efficiency of industry, as well as public and private services” Federal Minister for Education, Dan Tehan said “as with all technology, it is prudent to explore how to mitigate any possible risks.”

That exploration is the purpose of the research centre.

The Australian Research Council (ARC) Centre of Excellence for Automated Decision-Making and Society will be based at RMIT, and led by Professor Julian Thomas.

Federal Minister for Industry, Science and Technology Karen Andrews said the Centre will play an important role in making sure Australians benefit from cutting-edge technology.

“It’s easy to fear technology when it comes to how it will impact industry and jobs, but embracing technology like this and investing in this Centre of Excellence will grow our economy and create Australian jobs” she said.

RMIT University Vice-Chancellor and President Martin Bean CBE said researchers from RMIT will collaborate with experts at seven Australian universities, and 22 academic and industry partner organisations from Australia, Europe, Asia and America. Together they will provide an additional $39.3 million in cash and in-kind support to the centre.

Automation is already impacting and re-shaping the ECEC sector.

Japan are tackling ECEC workforce shortages with the exploration of drones and robots, with early data which showing that four robots and one human supervisor could effectively supervise 60 children.

In India, Miko robots attempt to understand a child’s emotions through camera and voice technology, which then processes the input through emotix’s proprietary emotional intelligence engine.

In addition to providing ‘emotional support’ for a child, the makers of the Miko robot claim it can support children to revise educational concepts, saying “The curriculum syllabus developed by our acclaimed knowledge partners, coupled with conversational learning through Miko 2 truly ensures [the] academic development of the child.”

A number of tasks which were traditionally the domain of those working in early childhood, such as singing songs, completing banking reconciliation, building a waiting list or reading a story can now be done by an electronic presence.

As the role of automation increases, the importance of ethics and advocacy expands, in all areas, but especially when working with vulnerable populations.

Professionals in these spaces should be prepared in the coming years to stand together and ask questions such as “we know the technology can change the baby – but should it?”

More information about the ARC Centres of Excellence program is available on the ARC website. 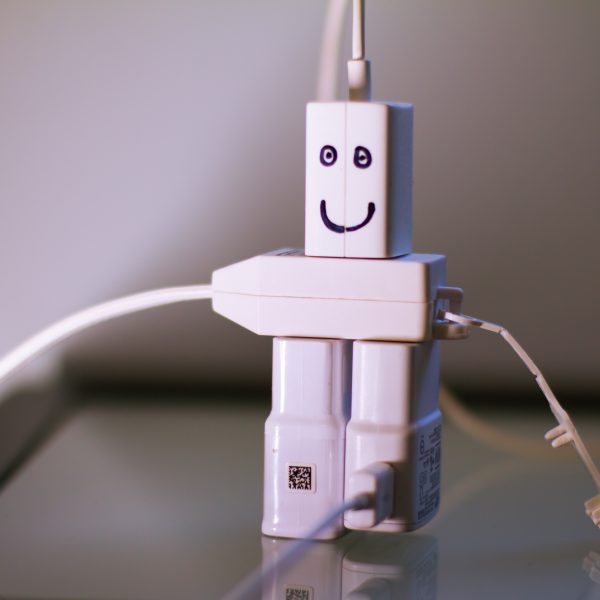