Charter Hall Social Infrastructure REIT (CQE) has released a valuation update ahead of the end of the financial year in which it confirmed a comprehensive valuation of its portfolio has been completed resulting in a valuation uplift of 5.6 per cent on prior book values.

The average passing yield of the properties has compressed to 4.7 per cent from 4.9 per cent, a new record low, with a total of 361 independent valuations completed representing 100 per cent of the property portfolio.

In a break from the past CQE did not illustrate the application of the revaluation across the key categories in its portfolio however, the early childhood education and care (ECEC) portfolio, which was valued at $1,506 million as at December 2021 and is the largest portion of the portfolio, is understood to have received the majority of the uplift.

The move comes in the wake of peer ECEC freehold trust Arena REIT issuing a bullish trading statement and confirming a substantial revaluation that saw an 8.2 per cent uplift in values and yields fall to 4.90 per cent, also record low.

The timing and extent of these revaluations is of particular note given the sharp reversal in interest expectations as the RBA takes active steps to address growing concerns of persistent inflationary trends becoming increasingly entrenched in the Australian economy.

The REIT also noted in their release that the unaudited impact of the valuations announced represented a $0.28, or 7.4 per cent increase on the December 2021 NTA per unit of $3.782.

CQE has declared a distribution for the quarter ending 30 June 2022 of 4.4 cents per unit. 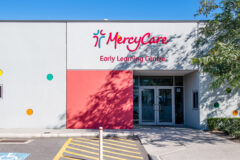 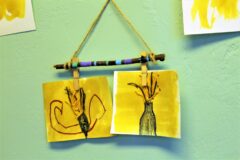