The Premiers of New South Wales and Victoria have this morning announced that they will add an extra year of play-based learning to the education system in their respective states, to be known as pre-Prep in Victoria and pre-Kindergarten in NSW.

Essentially the plan shores up Universal Access to early learning for children in the year before school. The NSW Budget, to be formally announced next week, will set aside more than $5 billion over 10 years to secure and introduce pre-Kindergarten by 2030, while in Victoria the program will be rolled out by 2025 as part of a $9 billion overhaul of early childhood education over the decade.

In Victoria, pre-Prep will be delivered through kinders and long day care centres, creating a high-quality, universal program to give four-year-old children the opportunity to socialise and learn through play.

A statement from the pair notes that each Premier is committed to embarking on “the greatest transformation of early education in a generation,” with a long-term policy commitment “that will change lives”.

Under the program all four year olds will be able to access 30 hours a week of play-based learning.

“This won’t be a short-term fix, or a temporary solution,” the Premiers’ continued. “Instead, it will take years of collaborative, hard work to get it right.”

In a separate statement, Victorian Premier Daniel Andrews announced that his Government will establish 50 early childhood education and care (ECEC) services in areas with the greatest unmet demand for care, increasing overall supply by between three and five per cent.

The first of these centres is set to open in line with the 2025 reforms, with the Premier stating that they will “charge a lower fee than many private childcare providers”.

Mr Andrews noted that because “not every parent works Monday to Friday, nine to five” where there is demand, centres will operate extended hours and on weekends so parents working in industries like hospitality and healthcare have more support and more options.

Kinder for three and four-year-old Victorians free from 2023

“Three-Year-Old Kinder is already rolling out across the state, expanding universal access to 15 hours of government-funded kinder every week – and from next year, it will be free.”

“Four-Year-Old Kinder will also be free, providing much-needed relief for family budgets and giving more women a choice to return to the workforce.”

To support the significant change, the Premier announced the development of a Victorian ‘Pre-Prep Taskforce’ which will be established in the coming weeks to bring staff, unions, early childhood experts, local government, kinder and long day care providers and other stakeholders to the table to help design the Pre-Prep curriculum and inform the implementation of the program.

“These massive reforms are about setting our kids up for the future and investing in women – who for far too long have had to do far too much,” Mr Andrews said.

“These are big changes, but they just make sense – giving our kids the very best start in life and delivering early education and care that actually works for families.” 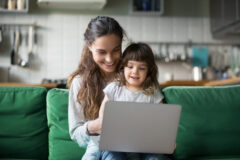