As we approach the end of the year, it has become a tradition at The Sector to conduct a review of the biggest early childhood education and care (ECEC) news stories of the preceding twelve months.

There is no no doubt that 2021 has been another eventful year as the medium term consequences of the COVID-19 pandemic really started to make themselves felt with rolling lockdowns interrupting enrolment momentum, exacerbating already tight workforce supply issues and forcing providers to take bold steps to preserve employee and child wellbeing.

That being said, what is striking about 2021’s most read articles is that many of them are focused on actions or initiatives taken by a range of different ECEC stakeholders specifically designed to help ease or solve these challenges.

Solutions, as supposed to problems, has been a key theme of 2021 and encouragingly as a result bodes well for 2022 and beyond as the fruits of these efforts become more visible to providers and team members across the broader sector.

Here are the ten biggest and most popular news stories of 2021:

In April 2021 the Fair Work Commission accepted an application made by the Independent Education Union of Australia (IEUA) NSW/ACT Branch to increase early childhood teacher (ECT) wages, a decision that was ratified in October 2021.

Post the decision a new pay structure was proposed that will see pay rises of between five and ten per cent for ECTs mandated effective 1 January 2022.

The 2021 Federal Budget saw a range of important ECEC policy measures proposed, including the removal of the Child Care Subsidy (CCS) annual cap of $10,560 for families and an increase in maximum CCS percentages available for families with two or more children attending an ECEC service.

The measures are expected to add around $340 million of additional subsidy to eligible families pockets and in so doing improve affordability and by extension demand for ECEC services across Australia.

After several years of limited annual commitments to the National Partnership on Universal Access to Early Education the Federal Government in its Budget 2021 finally provided a multi year funding commitment for preschool through a new funding agreement to be forged with states and territories.

The Preschool Reform Agreement has now been signed by New South Wales, Victoria, South Australia and the Northern Territory with $1.5 billion pledged so far by the Commonwealth to support children over four years old to attend at least 15 hours of preschool a week between 2022 and 2025.

In another significant initiative from a major ECEC stakeholder looking to remove barriers to entry for ECT’s in early education roles, the Australian Children’s Education & Care Quality Authority (ACECQA) broadened its classification rules for ECT’s working in the sector.

From 1 January 2022, a registered primary or secondary school teacher who successfully completes a certificate III level (or higher) ECEC qualification from ACECQA’s list of approved qualifications will meet the requirements to be considered as an ECT in an ECEC service.

5. ECEC providers mandate vaccinations for educators across their networks

A resurgence in COVID-19 in 2021 combined with progress in vaccine availability saw several large ECEC providers publicly commit to mandating vaccines for all employees across their organisations.

Goodstart Early Learning was the first large provider to openly commit to the policy confirming their decision in September 2021 with G8 Education following suit soon after and numerous smaller providers across the country also implementing similar policies across their organisations.

The ambitious 3 year old kindergarten roll out in Victoria expanded in 2021 with enrolment programs opened across all 54 local government areas across the state, seeing 2,500 kindergarten services participating and offering five hours of funded programs per child per week.

In parallel to the roll out the Victorian Department of Education has worked hard to attract new teachers and educators to the profession via scholarships, incentives and partnerships as it seeks to ensure its rolled out plans are appropriately staffed.

In the most significant corporate news of the year Busy Bees Early Learning Australia completed the acquisition of Think Childcare’s seventy three operating centres and two greenfield sites and in the process increasing their overall portfolio substantially to around 148 centres.

Soon after the Think transaction closed, Busy Bees confirmed that it had also agreed to acquire New Zealand provider Provincial Education Group and its network of seventy five centres.

After a year as challenging as 2020 it is perhaps unsurprising that 2021 was the year where the importance of educator wellbeing on multiple different levels finally became an issue of national importance with providers, policy makers and associations taking active steps to support their employee networks more visibly across the year.

The percentage of ECEC services rated meeting or exceeding the National Quality Standard rose to a new record of 86 per cent in 2021, a three per cent increase on the same period in the prior year and a thirteen per cent increase from when ACECQA started reporting the series in its Snapshots in Q1 2017.

After the COVID-19 disruption of 2020, this year was marked by a more concerted effort by large ECEC providers to proceed with expanding their greenfield (new centre) pipelines as a means of growing and upgrading their networks over time.

The most notable was G8 Education, which after a number of years focussing on the delivery of its legacy greenfield pipeline, confirmed a new greenfield strategy would be kicking off with an objective of opening ten new centres a year. G8 were joined in this space by ARENA REIT which recently confirmed that its greenfield pipeline is now at record levels.

On behalf of the whole Sector Publishing team, best wishes for a safe and happy holiday season and we look forward to reconnecting with you all in 2022. 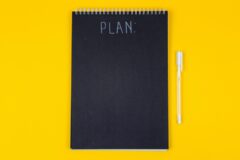 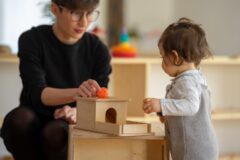