A collaboration between children from the Immanuel Early Learning Centre (ELC) at Buderim on Queensland’s Sunshine Coast and elderly residents from the local community has had many positive outcomes for children and the community alike, but none more so than for 82-year-old Sylvia Evans, who has sadly lost three of her four children over the past 29 years.

The Moving Moments program, she said, has helped her to navigate the grief from those loses and changed her life.

“They (the children) don’t know how much they are healing my broken heart,” she told the ABC.

Lutheran Services runs the program which is open to anyone in the community from 65 years of age — or 55 years of age for First Nations seniors — and includes transport for those who need assistance.

The seniors who participate in the program,  known as VIPs, join the children in a variety of activities such as painting, time in nature, playing, drawing, cooking and most importantly, laughing. Adorably, the children have adopted the habit of referring to the seniors as Black Eyed Peas, rather than VIPs.

Since the program began in the Queensland towns of Buderim and Gympie in 2019, many relationships have formed, which has been instrumental in securing a Government grant which will allow the program to expand to Caloundra, Hervey Bay and Biloela.

Carmel Freeman oversees Moving Moments at each location, and shared that while the data which is being gathered on the program by Griffith University is useful, the benefits to children and the elderly alike are clear to see.

“We could see that growth with the VIPs and with the children who so many of them have never, ever had the great-grandparents or grandparents around them,” she told the ABC.

Many of the relationships have extended to families also, with Hervey Bay coordinator Sharon Pringle sharing the story of a young boy who has invited his VIP to parents day, when his own parents could not attend due to work commitments, as well as having his VIP attend his birthday party, something the VIP considers to be “a great honour”.

“I have made lovely friends in the group…and this group is of ladies around my age. I’m very keen to be able to start going into childcare centres to work with children. I think it is a wonderful program bringing two generations together,” one Hervey Bay VIP shared.

“What a busy day I’ve had. I’ve spent time in the block house built by Isaac. I’ve been driven to the movies to see Paw Patrol. I’ve been a ghost, a butterfly…these little people are absolute spirit lifters.” added Judy Kavanagh, a Buderim VIP. 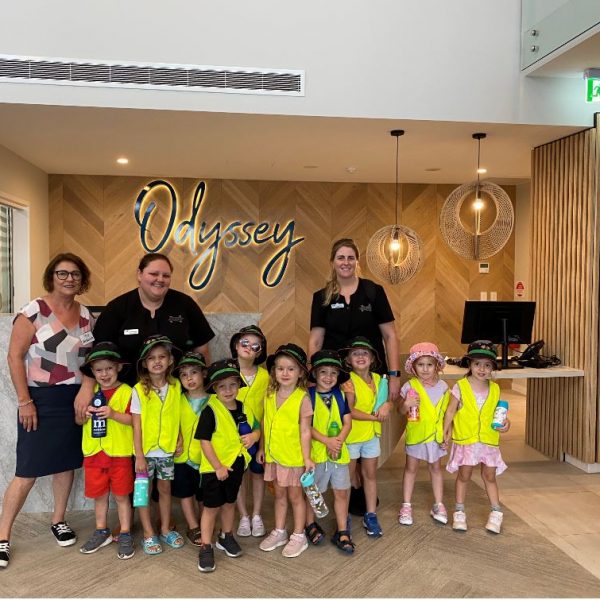