Thousands of Adelaide school children will participate in a world-first initiative to increase physical activity and cut screen time in Outside School Hours Care (OSHC) services across the country.

The biggest of its kind anywhere in the world, the University of South Australia study will address growing concerns about children’s sedentary behaviour marked by an increase in regular screen time.

Supported through $1.5 million in funding via the NHMRC’s Medical Research Future Fund (MRRF) the researchers will work with 162 Australian OSHC centres to implement and evaluate newly established best practice guidelines for children’s physical activity and use of screens.

The initiative follows research which showed that 31-79 per cent of OSHC sessions are sedentary, affecting the more than half a million Australian children attending before school, after school and vacation care programs.

More broadly less than one in four Australian children achieve the recommended 60 minutes of physical activity each day. On average, primary school-aged children (aged 5-14) spend more than two hours each day sitting or lying down for screen-based activities.

As such, lead researcher Professor Carol Maher said, the initiative could be a game-changer for OSHC centres, helping them better support the health and wellbeing of Australian children in their care.

“For a long time OSHC centres have been concerned about getting the right balance of physical activity and screen time for children in after school care,” Professor Maher said.

“Currently, physical activity and screen time practices in Australian OSHC centres are not guided by policy. As a result, practice varies enormously.”

Children’s activity patterns, including their physical activity and screen time behaviours, she continued, have wide-ranging impacts on their physical and psychological health, school performance and wellbeing.

“For the past five years, we’ve been working with more than 500 OSHC directors to develop the first national guidelines for children’s physical activity and screen time in OSHC. And now, we’re at the point of helping OSHC centres implement and embed these into daily practice,” Professor Maher added.

The new guidelines encourage free outdoor play which is consistent with research that shows that more than half of children’s physical exercise is accumulated through this type of physical activity.

OSHC centres will be recruited from greater Adelaide, greater Perth, and the Hunter New England region of NSW, with the first cohort expected to begin early next year. 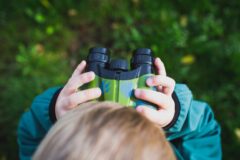