Finally, an ongoing commitment to funding preschool. But the conditions are hazy and ill-defined The 2021-22 budget includes funding for 15 hours per week of free preschool education for all children in the year before school. Although in his budget speech, Treasurer Josh Frydenberg said there would be $2 billion for preschools, the budget papers specify:

the government will provide $1.6 billion over four years from 2021-22 (and
$589.0 million per year ongoing) to make an ongoing Commonwealth funding
contribution to preschool.

Providing funding for preschool is great. Research shows quality preschool has a positive influence on children’s growing intellectual, social, emotional and physical development and learning. It also helps them better transition to school.

But before we get too excited, the money is dependent on the federal government wrangling certain agreements with states and territories. And there is little detail on how these agreements can be met.

More certainty for the sector

Preschool is jointly funded by the federal, state and territory governments, but in some states, government funding is topped up by parent fees. Preschool includes kindergarten and preschool (states and territories use different names) and is delivered by a range of providers (schools, long daycare and standalone preschools).

Since 2008, the federal government has funded preschool through the National Partnership Agreement between the Commonwealth and the states. The agreement was not resigned so the funding was never an ongoing commitment, but a year-on-year investment, which left states holding their breath for a renewal each year.

An ongoing commitment such as what was offered in the budget this week is what people in the sector have been calling for. But the government has conditions on the funding, saying it will be

[…] contingent on the states and territories agreeing to a robust reform timeline focused on increasing participation and school readiness. From 2023 this will include ensuring that every child enrolled in an approved preschool program will see the full benefit of Commonwealth funding (around $1,340 per child in 2022) regardless of the preschool setting. From 2024 payments to states and territories will be tied to attendance targets.

These kinds of targets require a consistent framework across the nation. But even the definition of preschool is not consistent across Australia — we don’t have the same name for the same year, nor the exact starting age.

For example, in Western Australia and Tasmania the year before compulsory school is called kindergarten, whereas in New South Wales, it’s preschool.

In WA, preschool is under the care of the education department. Preschools are usually located on a primary school site and administered by the school’s principal.

In other states, preschool can be community-based programs administered by the preschool teacher and a parent committee.

How can you measure school readiness?

The term “school readiness” — and what it means or looks like, let alone how it’s measured — is much debated by those who study this area.

There are warnings internationally about the “schoolification” of preschool. In Australia, early childhood educators have described a “pushdown curriculum” often resulting in the early introduction of instruction in specific subject areas.

How the government might ask states and territories to measure school readiness is a real concern, as children’s numeracy and literacy learning may become the focus.

But high quality preschool programs amplify all aspects of children’s learning, development and growth. Preschool is a prime time for educators to focus on children’s social and emotional competence, relationship building, mental health and well-being — not only their intellectual growth.

Some experts have argued schools should be ready for students, not the other way around. How schools welcome children and their families, what they know about each child, their learning and interests and how educators use that knowledge is important to an effective transition from preschool to school.

Under the government’s plan, states and territories also have to sign on “to improve preschool data collection and support a new preschool framework”. Supporting new ways of collecting data could be good but it depends what is considered important to collect. Some people may be concerned a new preschool testing regime is on the cards.

How one would measure this to meet funding criteria remains to be seen. It is important preschool is not only about preparation for the future but allows children to be children in the now.

What did the announcement miss?

There are missed opportunities in this announcement. It offers access only to preschool for the year before school (generally children are aged four). But evidence shows the importance of two years of preschool before school.

United States President Joe Biden has just announced he will invest billions in universal preschool for three and four-year-olds.

Some Australian state governments were developing plans for free access to preschool education for some three year olds before the budget announcement. Preschool is free for three-year-olds attending community-run preschools in New South Wales. Victoria committed nearly $5 billion over ten years from 2020 towards three-year-old kindergarten. The ACT moved towards two years of free preschool over five years from 2020.

Many Australian advocates say this budget does not go far enough and universal access to quality early childhood programs for all young Australian children should be the goal.

While it is a welcome move to add funding to a sector crying out to be assisted there are many questions to be asked and explained as we move forward. Let’s work through that detail and make sure it is what is best for young children. 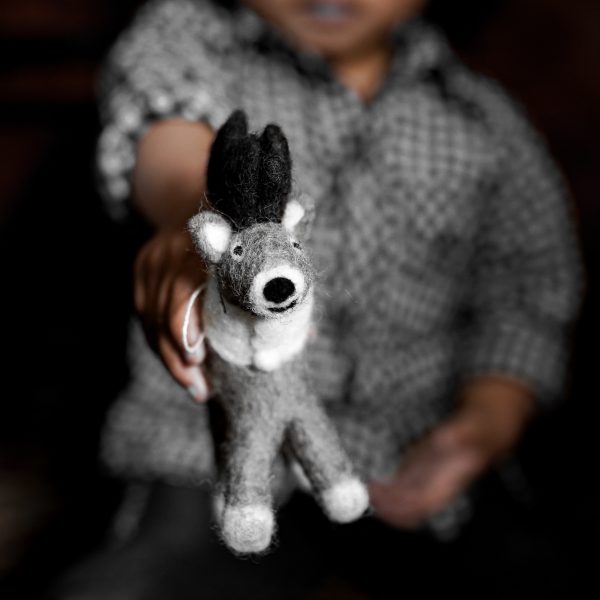