Early learners who are part of the kindergarten program at Keiki Early Learning Edgewater are staying active and healthy through an eight week partnership with a neighbouring gym, going on excursions each Friday.

“Within three weeks we have already seen a dramatic improvement in children’s ability and strength to jump, climb and even crawl, which is integral to brain development,” Keiki owner Sam Morrell told local publication Perth Now.

As well as improvements in health and fitness, educators are seeing children become more socially competent through engaging in conversations with one another about going to the gym and completing workouts.

Keiki initiated the partnership based on Australian Early Development Census data for Edgewater, which showed that six per cent of children were classed as vulnerable due to not having adequate physical (fine and gross motor) skills, three per cent were vulnerable with  language delay and three per cent with communication delay.

“Keiki PlayFit is an opportunity to challenge and strengthen these skills and is tailored to the children who attend,” Ms Morrell told Perth Now. 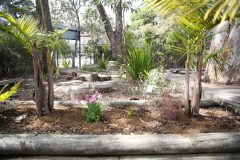