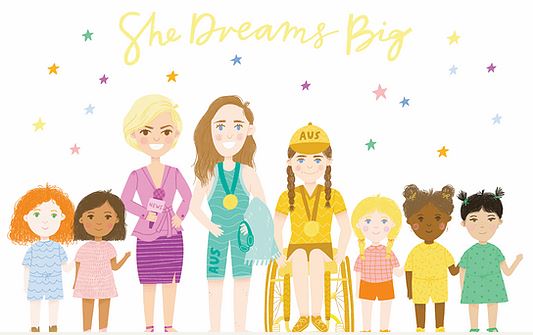 A new collaboration between Griffith University alumni has seen the launch of a social enterprise project breaking down gender stereotypes in early childhood.

The She Dreams Big project was co-founded by Griffith Business School alumnus Michael McGee, who was inspired to launch the project after noticing a lack of positive role models for his three young daughters.

Mr McGee was taken back by what he perceived as “passive” role modeling for girls, saying “my daughters were interested in space exploration, but everything out there for young girls is very passive – it’s all butterflies and princesses.”

He was then inspired to change the narrative, driven by research which has shown that children of all genders develop entrepreneurial and risk-taking skills very early in life.

The first major initiative by She Dreams Big co-founders, Rachael McGee and Louise Brown, is a series of books, written by Rachael and illustrated by Queensland College of Art (QCA) graduate Cody Wood.

Ms Wood said that she, as a young female artist, wanted to encourage girls to realise their full potential.

She describes her work as “bright and playful” and said the books were designed to appeal to young girls without playing into gender stereotypes.

“We wanted to keep it playful, fun and not super girly – it was all about breaking down those biases,” she said.

“It was rewarding getting to explore these characters and bring them to life across a whole series of adventures.”

The books follow five young female characters through a series of adventures, showcasing occupations where women are under-represented and celebrating traits like leadership, risk-taking and problem-solving.

A percentage of profits from the project will be donated to Room to Read, a global charity working to transform the lives of children by improving literacy and gender equality in education.

The books, produced in collaboration with Liveworm, the in-house design studio at Queensland College of Art, have been well received since their launch, with plans for further stories which feature high-profile Australian women including journalist Sandra Sully and Olympians Cate Campbell and Lauren Parker.

To learn more about She Dreams Big, or to purchase copies of the stories, please see here. 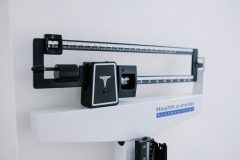 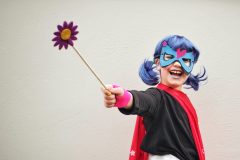