In a surprise move, Alceon Private Equity has reentered the Think Childcare takeover fray with a revised offer of $1.75 per security, matching Busy Bees’ current offer, but have gone one step further by confirming that they have acquired 19.23% of Think Childcare securities in on market purchases.

The announcement comes just days after their previous $1.35 offer, announced on 16 November 2020, lapsed and Think confirmed a guidance boost to their 2021 forecasts, the second in the last two months.

The revised Alceon Proposal includes an offer of all cash consideration or a combination of cash and unlisted shares with a limit of at least 20 per cent of the value of the business available to be rolled into the equity of the unlisted entity.

Think Childcare now has two offers for the company at the same price, $1.75

The Independent Board Committee (IBC) established by Think to manage the takeover process now has two offers back on the table, both of which are at $1.75 per security and both which come with a range of conditions attached.

The key differences in the proposals at this stage are that Alceon have created an avenue for investors to participate in the acquired company’s equity post de-listing and that Alceon have purchased a substantial stake in Think of 19.23 per cent of the company already.

In its last announcement Think confirmed that discussions with Busy Bees were ongoing and that it was facilitating due diligence with Busy Bees.

The IBC will now move into a period of deliberation whilst the two offers play out although no specific timetable or time limits have been included in this latest announcement.

In the meantime time, Think confirmed that it will keep the market informed in accordance with its continuous disclosure obligations as matters progress. 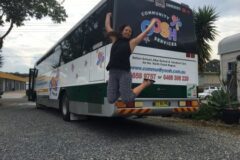 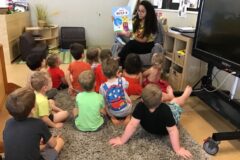 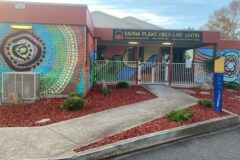