The State Administrative Tribunal has found that an outside school hours care (OSHC) service in Western Australia breached Section 165 (1) of the National Law for an offence involving inadequate supervision after a five-year-old boy enrolled in a vacation care session at the service left the premises and was not found for 45 minutes.

As a result of the findings of the Tribunal, the service has been penalised $17,000 as well as being directed to cover $2,000 of the costs associated with bringing the case forward.

An investigation was conducted by the WA Regulatory Authority, the Department of Communities, in relation to the incident, which occurred 21 January 2020. Staff at the service did not notice the child leaving, and were made aware of the child being missing by a grandmother who was collecting her grandchildren.

Building works were being conducted at the premises, which resulted in accessways being left open, and staff at the service were distracted by tasks related to tending to individual children and food preparation.

Once they were aware that the child was missing several staff searched for the child, who was later found by a member of the public in the middle of Landsdale Road, about 800m from the service, at which point he had been missing for more than 45 minutes.

The incident highlights the importance of supervision as a fundamental responsibility and aspect of early childhood education and care, Jon Pilkington, A/Executive Director Regulation and Quality, Department of Communities said.

“It is critical that childcare operators and staff remain vigilant and alert – especially during high-risk times, such as when children are being moved around as a group, either at the service or on excursions.”

Circumstantial or environmental changes can pose additional risk to children’s safety, he cautioned.

Since the incident, the provider involved has advised the Department of Communities that the incident “provided an opportunity for the organisation to examine the failures that occurred, and use the incident as an opportunity to improve through the development of better training resources, reinforcement of existing practices and re-inductions.”

Full details about the incident are available on the Department of Communities website, here. 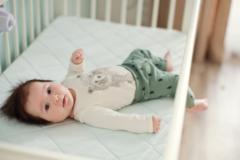