The Bayswater Early Years Hub, commissioned by the City of Knox and designed by K20 architecture, has won a sustainability award from the Australian Institute of Architects (Victorian Chapter), in part for its vision in terms of the facility being adaptable across a 100-year cycle, with the capacity to be adapted for other uses as the needs of the community change.

Orientated to the north, to maximise sunlight, the building, which is colloquially known as the Sunflower, also tracks the sun as it moves from east to west, and is one which architect Theo Kerlidis, when speaking to The Sydney Morning Herald, said “provides a strong shift in the delivery of early childhood services”.

Bayswater Early Years Hub replaces “a number of smaller, and less well-endowed, centres dotted through the municipality” the Sydney Morning Herald noted, with the original building on the site having been built as a house in the late 1950s before “morphing” into an early childhood education and care (ECEC) service.

In repurposing the site, project director Anthony Uahwatanasakul noted the large front yard of the service which wasn’t being used, with the rear of the service having been concreted for parking.

This has been flipped in the rebuild, with car spaces on the edging of the service, leaving the rear yard to cater for the approximately 200 children, aged from birth to five years of age, as an expansive playspace.

An internal courtyard joins the front pavilion, and a horseshoe spaced shape inside allows for abundant natural light, as well as sectioning off spaces for maternal child health consulting rooms, rooms for parents to meet and early child facilities.

Creating welcoming spaces for young children was a high priority for the design team, who considered the need for smaller and more intimate spaces to support those who are familiar with a home environment.

The buildings, which have been designed using brick and steel, reflect the residential homes which surround them, and many of the spaces are only one room wide, which supports not only ventilation but also good supervision for educators.

Light was another large point of emphasis for the architects, who used skylights and large windows to create light filled spaces, with attention paid to west facing windows to reduce glare in the evenings.

Some of the sustainability features of the facility include using recycled bricks from a nearby factory that had been demolished, generating power off the grid, and using magnesium oxide board panels that offer a cement-free solution and are capable of decomposing rather than adding to landfill.

To view pictures of the space, alongside the original coverage of this story, please see here. 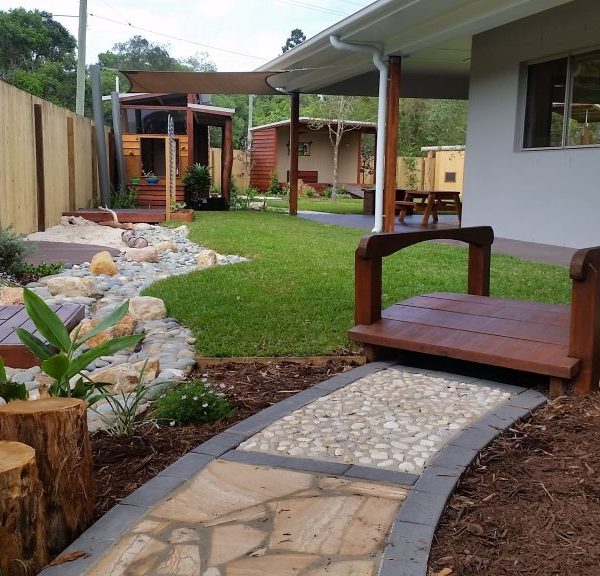