The approved provider of outside school hours care (OSHC) services in Western Australia has recently been fined $18,000 for two contraventions of section 165(1) of the National Law and Regulations, and to pay a contribution of $3,000 towards the Department’s legal costs relating to three incidents which took place in 2019.

The approved provider contravened section 165(1) of the National Law on 8 February 2019 and also on 13 February 2020 by failing to ensure that all children receiving education and care at its service were adequately supervised at all times the children were in the care of the service.

In order to understand the particular vulnerability of the incidents outlined below, The Sector reminds readers that in WA children are encouraged to attend Kindergarten, many of which are based on site with schools, from the time they turn four. In 2021, for example, children turning four years of age by 30 June 2021 in WA will likely be present in school-based environments, and attending OSHC services.

In the 8 February incident, a child three years and nine months of age was enrolled at the service for after school care. The child was collected from his school classroom by one of the service educators at around 3.05 pm. However, at around 3.15 pm the child was found by his kindergarten teacher and education assistant standing in front of his classroom alone and unsupervised.

The teacher and assistant took him to the room from which the OSHC was operating, at which point the child had been left alone and unsupervised for about 10 minutes.

In the 13 February incident, a child aged three years and seven months of age was enrolled to attend after school care, and was signed into the service at 3 pm. At 3.45 pm the child, along with 24 others, went to the outdoor play area with four educators supervising them.

At 4.15 pm the child’s mother arrived to collect her son, finding him in the teachers’ car park alone and unsupervised. He had left the playground and entered the car park at some time between 3.45 and 4.15 pm without any of the educators noticing, through a gap in the fence of the outside play area, which opens on to the teachers’ car park.

A separate incident to the two outlined above, but relating to the same provider at a different site took place on 11 February 2019, when a four‑and‑a‑half year old child in the care of the service was found by another school parent outside the school and by the side of the road.

That parent took the child to a teacher at the school, who returned the child to the service at around 3.15 pm. The educators at the service gave no indication that they were conducting any kind of search for the child before he was brought back.

In reaching the decision to impose the fines, the Tribunal considered the two prior contraventions of section 165(1) of the National Law incurred by the provider in 2015 – when two children aged under six years were found walking in a suburban street having left the service 25 minutes earlier un-noticed, and a second incident in 2017 – when an eight year old left the service and walked to his home, where he was found by his sister, having been left unsupervised for somewhere between 19 and 42 minutes.

Full details of the decision may be accessed via the State Administrative Tribunal website, here. 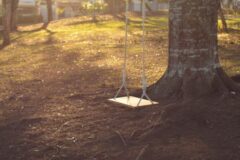