Victoria has passed historic new laws  that now require religious and spiritual leaders in Victoria to legally report child abuse to the authorities, even if it was heard in the confessional.

While the new laws may not be of immediate consequence to the early childhood education and care (ECEC) sector, there are several other reforms enacted by the law which will be of interest, including limiting the right of appeal to VCAT for people whose Working With Children Check application is rejected, allowing siblings where one is Aboriginal and the other is not, to both be a part of the Aboriginal Children in Aboriginal Care program, and clarifying that immunisation is part of routine medical care, guaranteeing vaccines for children in out-of-home care.

Mandatory reporting refers to the legal requirement for nominated professional groups to report a reasonable belief of physical or sexual child abuse to authorities. Under the Failure to Disclose offence contained in the Crimes Act, those who don’t report abuse face up to three years in prison.

These reforms respond directly to recommendations from the Royal Commission into Institutional Responses to Child Sexual Abuse, and Victorian Minister for Disability, Ageing and Carers Luke Donnellan said the state was a safer place as a result.

“Every Victorian has a responsibility to report child abuse and neglect to child protection authorities even if they aren’t mandated. We can’t undo the harm caused to so many children, but we can ensure it never happens again” he said.

To learn more about the consequences of failing to report child abuse and neglect in Victoria, please see here. 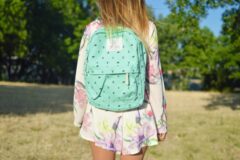 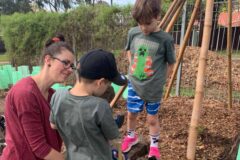