The Mitchell Institute recently shared the results from the Australian Investment in Education: Vocational Education and Training report, showing that funding for vocational education and training (VET) is at its lowest level in more than a decade, leaving Australia at risk of failing to properly provide high-quality training for the estimated 45 per cent of new jobs needing VET qualifications in the next five years.

The findings will be of particular interest to the early childhood education and care (ECEC) sector in light of publicised workforce shortages which fall at a time when state governments are rolling out initiatives which will require more qualified educators to meet initiative demands.

Every state and territory Government, the report found, had cut VET funding over the past decade, with overall funding falling to 15 per cent below levels in 2006. New South Wales has experienced one of the largest declines, report authors said, with a decline in recurrent funding of 21 per cent in real terms compared to 2006, while Victoria has seen its funding almost halve since 2012.

Ensuring a quality education for VET students, and meeting the growing demand for skilled workers is only possible, Mr Hurley said, when governments increase funding for VET courses.

One of the largest declines has been observed in NSW, with a drop of 21 per cent in real terms, compared with 2006 recurrent funding, while Victorian funding has almost halved since 2012.

To correct these issues, Mr Hurley said funding levels on a per student basis needed to be boosted, and support for students expanded so that VET students could defer costs in the same way that university students could. Such a change, he said, would reduce the upfront costs to students significantly and allow them to access VET education.

“Student choices about what to study and where are too often driven by factors such as course fees, or the availability of loans, rather than their strengths, interests, or job prospects on graduation,” he said, adding that more equitable funding and increased student support would allow more students to make interest driven choices.

The report notes that while state governments have reduced VET funding, the Federal Government initially increased it via the VET FEE HELP program. Concerns about financial sustainability, quality of courses and rorting by some unscrupulous providers saw the Federal Government’s scheme close and be replaced by VET Student Loans.

Excluding the income contingent loans scheme, the Federal Government’s commitment to the VET sector has been relatively constant over the past decade, although it fell in 2018. Funding increased in some states in 2018 for the first time in six years.

The report made key recommendations to right the funding issue, including:

The report may be accessed in full here. 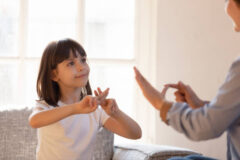 The importance of shifting the conversation towards quality preservice education