Looking for the best ECT degree? New interactive tool based on graduate outcomes survey may give some clues An interactive tool based on findings from the 2019 Graduate Outcomes Survey – Longitudinal report has been released, showing which Universities provide the best student experience, resources, support and skills development. The tool may be of assistance to those in the early childhood education and care (ECEC) sector seeking to gain qualifications as early childhood teachers (ECTs) to meet the rise in demand for ECTs ahead of the regulatory changes in 2020.

Commenting on the report, Federal Minister for Education Dan Tehan was complimentary of the findings, which highlighted that more than nine out of ten university graduates are in full-time jobs within three years after finishing their degree, and that graduate unemployment rates sit “well below” the national average of 5.3 per cent, at 3.3 per cent.

The report outlined that, on average, graduates have a starting salary of $58,700 growing to $72,800 after just three years in the workforce. While these amounts may not be applicable to those studying a Bachelor or Masters qualification in early childhood, the report includes interesting insights into the satisfaction levels of graduates from a variety of institutions.

Before engaging with the findings below, it is important to note that the study area reviewed by The Sector was “teacher education” which includes not only early childhood, but also primary and secondary qualifications, and more specialised areas of study, such as teacher librarianship, vocational education and training, english as a second language, and higher education qualifications.

Of the six institutions reviewed, those studying at Deakin University reported the highest level of overall quality of educational experience, with 82 per cent of students having positive things to say about their course of study with Deakin – higher than the national average of 78 per cent. UNE also rated highly, with 81 per cent of students having a positive experience, followed closely by Flinders University at 79 per cent.

Deakin and UNE again shared top honours for teaching quality, each on 81 per cent, where they were joined in the top three by Charles Sturt.

Flinders University shared the top spot with Deakin for learner engagement, each on 69 per cent, joined by ACU on 67 per cent. Of note to those working within the tertiary space is that learner engagement, the measure by which students at the respective universities indicate their engagement with learning positively (for example the frequency of online or face-to-face discussions, and their sense of belonging) was the lowest score across the board for all Universities, indicating this is an area where improvement is required.

The best access to learning resources, referring to access to computers, libraries, teaching facilities and so on, was provided by Deakin University, with over 90 per cent of students reporting satisfaction in this domain. Other high performers were Flinders University, on 84 per cent, and Charles Sturt, on 81 per cent.

Student support was a stand-out measure for UNE, who came top of the six universities reviewed with a score of 81 per cent. Deakin University and Charles Sturt were the other two top performers, both scoring in the 70th percentile. Again of note, student support rankings were lower when compared with student satisfaction with more tangible measures such as resources, indicating that more work may be required to ensure students feel adequately cared for through their studies.

In the final measure, skills development, which looks at how many students felt their skills were developed adequately through the course of their studies, Deakin University and Flinders were again the standouts, both at 84 per cent, followed by ACU on 80 per cent, and Macquarie and UNE, each on 79 per cent.

“Universities are a key driver of job creation, job growth, and productivity improvements in this nation” Mr Tehan said of the results, adding that the Government “wants Australians to earn more from what they’re doing”.

“Australia’s future economic success will rely on educated workers able to access innovation and research to drive growth and opportunity,” he added.

The 2019 Graduate Outcomes Survey – Longitudinal report and visual analytics can be found at www.qilt.edu.au 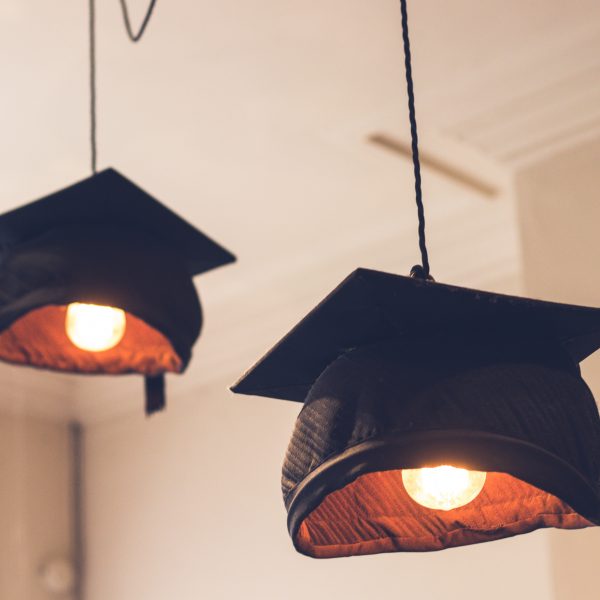 Communities of Practice and the NQS – an alternative model for PD