G8 Education Ltd has released its half year 2019 results in which the company reported a 7 per cent increase in underlying earnings before interest and tax to $51.6 million, driven by a solid occupancy performance and continued execution on company strategy.

Occupancy at centres owned for more than one year was up 1.5 per cent to 71.3 per cent compared to the same period last year, which marked the first such increase since 2015, and compares favourably to both Think Childcare and Mayfield Childcare who reported lacklustre H1 enrolment metrics at their half year results.

Commenting on the occupancy trends during the conference call, Managing Director Gary Carroll noted that despite 370 of G8’s existing centres having had at least one new centre built within 2 kilometres of their location, overall occupancy growth remained positive, and that centres with “good asset quality” and a “stable engaged team” were proving effective at defending and growing enrolments even in a more competitive environment.

The solid H1 result in the organic portfolio highlights the progress the organisation has made in executing on its corporate strategy.

The Group’s focus on reducing staff turnover via a range of initiatives including but not limited to the provision of enhanced professional development, training and induction programs, as well as standardised work routines, is tracking to expectations, as is the refurbishment program that will see 80 centres upgraded in 2019 with both sets of initiatives yielding tangible benefits across the network.

In addition, the completion of the Customer Engagement Centre roll out, a key initiative in the “create a sustainable differentiation” pillar, saw 500 centres transition to a centralised call centre model in the period and a consequent increase to 85 per cent of all enquiries made by prospective families being converted to centre tours.

Margins up at centre level, steady at group level

The underlying margins in the like for like portfolio increased to 18.9 per cent, up from 17.6 per cent for the same period last year, with the majority of improvement being generated by more efficient rostering with wages as a percentage of revenue falling to 56.3 per cent, an improvement of 1.6 percentage points on last year.

Overall support office costs rose to $18.8 million from $14.5 million in the half, an increase of 29.9 per cent in absolute terms, but when measured as a percentage of revenue were around 4.4 per cent, up from 4.0 per cent a year earlier.

Group EBIT margins came in at 12.0 per cent, down fractionally on last years 12.1 per cent.

Group revenues in the first half were up 8.6 per cent to $430.6 million as a combination of occupancy improvements and fee increases, including an earlier than expected rise in May 2019 flowed through.

Although first half performance was solid, the company did note a more cautious tone for the balance of the year, citing tougher occupancy comparatives post the introduction of the Child Care Subsidy in July 2018 and slightly lower than expected centre closing rates across the sector as reported in Q2 2019.

Commenting Mr Carroll noted that although “our acquisition performance was mixed, we are confident that these centres are on the right trajectory” with timelines for ramp up being extended accordingly in internal planning.

Quality ratings continue to improve ahead of launch of new curriculum

Overall quality ratings continue to see a net improvement, with 81 per cent of all G8 services now rated either meeting or exceeding the National Quality Standards, up from 78 per cent as reported at the company’s investor day in November 2018.

The percentage of centres rated exceeding has fallen from 23 per cent to 21 per cent, which is largely in line with the broader sector experience post the introduction of new guidance on “determining exceeding NQS” in February 2018.

Looking forward, the company has now commenced the roll out of its new national curriculum which will form part of a broader Education Strategy developed by Head of Early Learning Julie Madgwick and her team which is designed to complement and reinforce the National Quality Framework and Early Years Learning Framework as well as provide a more comprehensive learning experience for children attending G8 centres.

During the first half of the year the Group completed its balance sheet refinancing which enabled it to repay its S$270 million Singaporean debt facility, and as of the end of June 2019, the Group had $405 million drawn from the $500 million facility and around $45 million of cash on the balance sheet.

From a cash flow perspective, the company generated $31.8 million of operating cash in the period which amounted to a 108 per cent earnings before interest, tax, depreciation and amortisation (EBITDA) to underlying cash conversion rate.

The Group noted that it continues to evaluate opportunities to optimise the portfolio and that in addition to onboarding new centres in 2019, a total of 13 centres will be closed as leases expire and are not renewed.

Looking ahead Mr Carroll noted on the conference call that should the company pursue growth opportunities in 2020 it is likely that these will take the form of Brownfield acquisitions as supposed to Greenfield.

For more information on G8’s half year results, please click here for the announcement and here for the presentation.

The next update from the company will come at its Annual Investor Day in November, 2019. 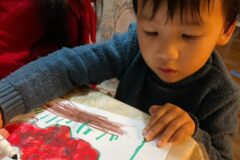 Uniting NSW.ACT supporting refugees in the community to access ECEC