Mr Tehan outlined 155 sanctions and suspensions imposed on 144 childcare providers in the nine months to September 2018, saying the Federal Government was taking action to stamp out fraud, preventing approximately $2.8 billion dollars from “being ripped off”.

The comments also come after findings from the Select Committee on Red Tape, which noted that the “volume and breadth” of regulation relating to the family day care (FDC) sector should be reviewed, with advocacy organisation Family Day Care Australia noting that “the Government makes an in-principle commitment to continuing to work with state and territory governments and ACECQA as appropriate to ‘look for efficient ways to implement elements of the National Quality Framework (NQF)”.

“The majority of providers do the right thing and have nothing to worry about but if someone seeks to rort the system our Government will take action.” Mr Tehan said, adding that the Government had “closed loopholes, stepped up inspections and are working more closely with security agencies to protect the integrity of the childcare system.”

Since 1 January 2014, Mr Tehan said, 27 people have been charged with criminal offences for childcare fraud and of those,19 have been found guilty.

Further details about the convictions, suspensions and cancellations are available on the childcare enforcement action register. 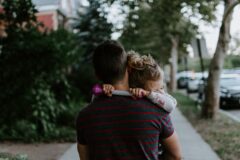