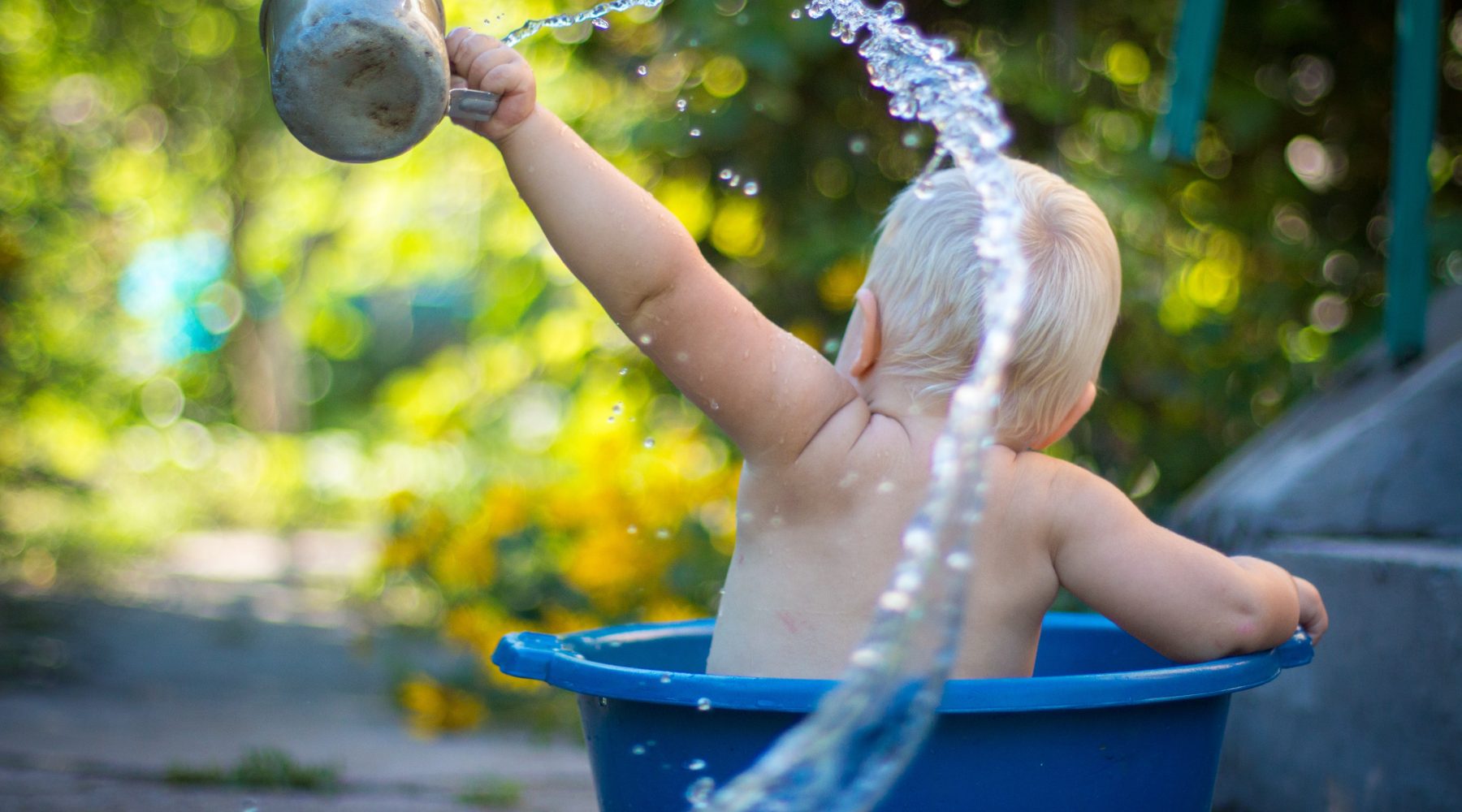 It has long been believed that the ability to recognise the embedding of grammatical structures and rules (such as a plural noun must be accompanied by a plural verb, as in the following sentence: “The children from the neighbourhood are playing”) is unique, but scientists from the Max Planck Institute for Human Cognitive and Brain Sciences (MPI CBS) have now been able to prove this – with babies from as young as five months old.

The research has links to both the early years learning framework (EYLF) and broader developmental milestones, and is likely to be of interest to those caring for babies and toddlers, as it demonstrates the underpinnings of children being effective communicators (outcome five)

As part of the research, the scientists examined studies which showed that the ability to embed an understanding of grammar, words and their simple combination is uniquely human, before moving on to the question “If this ability is part of what makes us human, when does it begin?”

At the Children’s Language Laboratory at MPI CBS, the scientists tested 38 babies to see if and how infants can handle nested structures. Remarkably, babies as young as five months old were able to recognise embedding in innovative tone sequences created for the study. These results mark the earliest evidence to date of this basic ability in humans.

Professor Jutta Mueller, one of the research scientists involved in the study, explained that while people assume working with babies is not easy, particularly when studying language perception, the opposite is the case, explaining that this can actually be helpful.

“In early childhood research we work with built-in errors or rule deviations and determine whether children can detect them. If babies do so, we then know that they already have the underlying knowledge. Together with the group, we considered how to test this in babies, without overstraining them with too demanding spoken sentences.” The team decided to simplify the experiment using simple tones instead — more specifically, five-tone and seven-tone sequences in separate experiments. Embeddings were created by specific arrangements of different tone frequencies.

Dr. Claudia Männel, lead researcher, described the structure of the experiments: “Children learn by frequency information and acoustic deviations — we know that they perceive such deviations in the womb when you play them sounds. We used this knowledge for the experimental arrangements in the Children’s Language Lab. However, in our experiments it wasn’t the individual tones that deviated, but the sequences of tones, including the embedding as a whole. We varied these to see if babies recognise the construction of embedded structures. With the brain activity we measured, we could then see from the EEG curves that the infants did in fact register the deviating sequences and thus they must have processed the nested structures.”

The next step in the research will be to investigate whether non-human primates might also have the ability to recognise such embedded structures, which would address the question of how this ability may have evolved.

The research paper can be viewed in full here