Chelsea Kindergarten volunteer Kelly Cooper was recognised during an awards ceremony held at the Melbourne Town Hall last week, receiving the title of 2018 McArthur Early Childhood Volunteer of the Year, and $500 in prizes for herself and the kindergarten, the Early Learning Association of Australia (ELAA) has reported.

Celebrating the difference that volunteers make to early childhood education and care (ECEC) services, the prize of a $250 book voucher was awarded to Kelly personally, as well as a $250 book voucher for the service, Kelly was recognised for her significant contributions to the kindergarten community.

Chosen from a field of seven finalists, Kelly was recognised for her role in the kindergarten community, managing grants and occupational health and safety. Since 2016, Kelly has managed to secure six grants for the kindergarten, resulting in $35,000 in funding being made available.

Kelly also assisted as staff liaison when the service was relocating – remaining on the committee even though her child had moved on to primary schooling – reviewing and updating staff appraisal and development documentation, as well as strengthening communication between staff and the committee, and supporting staff to update the services quality improvement plan and preparing for assessment and rating.

ELAA recognised six other finalists in this year’s awards:

In addition to the finalists, three nominees were awarded an Honourable Mention: 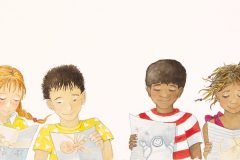 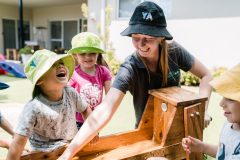