Understanding the facial expressions of others is an important development stage. It helps us learn non-verbal communication and to recognise when someone is angry or scared and primes us to react to threats or show empathy for others’ feelings.

A growing body of evidence suggests our neighbourhood environment shapes this response in children’s brains in different ways, depending on the dynamics of the neighbourhood itself.

The amygdala is an important brain structure for recognising and reacting to facial expressions. It is responsible for our “fight or flight” response and is sensitive to emotional facial expressions, especially those related to threats.

While this primitive alert system is useful to keep us safe, the amygdala can’t differentiate between real threats and emotions like stress, aggression, anger or fear. This means we often have the same “fight or flight” response to different situations.

The amygdala is particularly responsive to our environment, especially as children when our brains are developing.

Kids exposed to extreme trauma growing up – such as living in a warzone or experiencing physical or emotional abuse – show altered brain pathways for fear and anger processing, with new brain connections allowing faster and more intense emotional responses. This means that kids may be more “on guard” and quick to react to negative emotions.

People who grow up in disadvantaged neighbourhoods may have an enlarged amygdala, which is related to increased fearfulness.
They are more likely to show heightened sensitivity to emotional stimuli. Neighbourhood disadvantage and amygdala reactivity are also linked to antisocial child and youth behaviours.

Researchers then used birth records to locate families with twins. Twins are helpful for this kind of research because they live in the same environment so should have the same brain responses. The study included twin families living above and below the poverty line to specifically examine effects of disadvantaged neighbourhoods.

Twins underwent task-based Magnetic Resonance Imaging (MRI) scans. They were shown faces for two seconds and matched faces based on whether they were angry, fearful, happy, or neutral (no expression). The MRI scans detected reactivity of the amygdala in their scans in real-time when viewing the faces.

The study also included adults from the same neighbourhoods as the twins. These adult neighbours provided an independent rating of the neighbourhood. There were about four neighbours to each twin family.

Neighbours filled out questionnaires about social processes such as community support (e.g. how willing people are to help their neighbours); informal social order (e.g. what someone in the neighbourhood might do if a child was left home alone at night); and behavioural norms (e.g. how people in the neighbourhood might intervene if a child was doing something dangerous, even if it was not their child)

The study found experiences of neighbourhood disadvantage resulted in over-activity of the right amygdala, with kids from these neighbourhoods being more reactive to facial expressions of anger and fear.

Likewise, if neighbours scored the neighbourhood social processes low and thought neighbours did not look out for one another, kids from these neighbourhoods were more likely to have a highly reactive amygdala response to emotional faces.

However, researchers also found positive neighbourhood social processes could mediate, or lessen, the relationship between neighbourhood disadvantage and amygdala reactivity.

Neighbourhood environments and social connections are critically important for shaping emotional recognition in kid’s brains. This influence can be positive or negative, depending on the social dynamics of the neighbourhood.

This fresh research shows no matter how disadvantaged a neighbourhood is, the actions, attitudes and behaviour of the people who live there are highly important influences on how growing children understand and process threats around them.

Growing up in a positive and connected neighbourhood where people look out for one another and act in the best interests of the community is one of the best things we can do to give our kids a stable start in life. 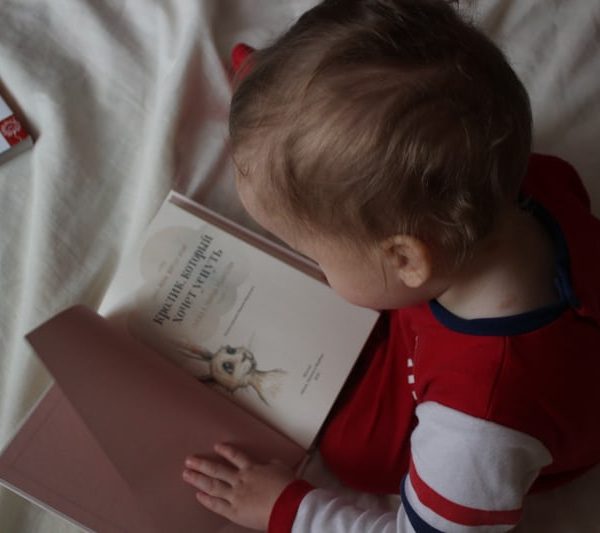 Children in disadvantaged ECEC services are missing out on story time, study shows