The Australian Defence Force (ADF) is about to get a lot bigger. Defence Minister Peter Dutton has announced plans to expand the ADF by 18,000 members by 2040. This nearly 30% increase, the largest since the Vietnam War, will require not only a renewed focus on recruitment, but also on retaining current sailors, soldiers and aviators.

Families of these uniformed personnel will be crucial to the success of these efforts. The families of defence personnel, especially those with children, experience significant impacts as a result of their service. Our research has highlighted the experiences of young children and the pressures on defence families.

The increase in ADF personnel will require a major rethink of policies and procedures to protect the well-being and education of children in defence families. The ADF needs to become an employer of choice to retain these families as well as attract recruits with families. Our research findings offer some ideas that could inform the policy changes needed to achieve this boost to defence numbers.

Defence families’ efforts to satisfy each master are doomed from the start and many personnel list “family reasons” when they leave.

“[W]e lose people at way too young an age after we’ve invested an enormous amount in them. I am very conscious of people being posted for two years, and their children being dragged from school to school. I’m conscious of the impact on predominantly mothers, wives, in that arrangement […]”

The kids are not alright

Key aspects of military life, like deployments and relocations, have a big impact on children. It can seem like children’s well-being, education and special needs are sacrificed to ADF members’ career needs. This includes compromising secure relationships with their early childhood educators and peers.

The impacts on children’s learning are severe because quality early education relies on interactions within secure relationships with educators.

Young children can struggle to understand the changes at home when they relocate, or a parent goes away on deployment or extended training. The trouble children have in understanding the demands of military service is clear in this exchange between two-year-old Emily, one of our research participants, and her mother:

“Daddy’s gone on the plane, darling. Remember, we took Dad to the airport yesterday.” (Emily starts crying and throws herself on the ground.)

While deployment is challenging, reintegrating defence parents back into the family can be harder. In the same study, one mother said her coping strategy was to have a very relaxed style of parenting when her partner deployed. They ate when they were hungry and her son went to bed in front of the TV.

“I go to pieces in the last month again. We have to sort of prepare for him
coming home. […] Paul is like a military man. You know, routines. There are
mealtimes, he says what we are watching when the TV is on. […] There are bedtimes. So I say to Jack, ‘You know what we do now is just our thing. When Daddy gets home we have to do it his way.’ ”

Relocation and a parent coming and going from the house for lengthy training sessions and deployments mean many transitions for the household. During these times, children can experience regressions in learning and social, emotional and physical skills. This also increases parent’s fatigue and their ability to cope.

“Bethany (four years old) has […] trouble sleeping. She has slept in our bed every night except two, when Ule (sibling) came in. It is really tiring. She was fine before deployment.”

As they move between schools and states, school-aged children can miss whole units of learning, putting them on the back foot. This often leads to children acting out as they struggle to keep up and make friends. Rates of behavioural and emotional difficulties are higher in children from military families.

Children also suffer from disrupted social networks as a result of relocations. They lose their connection with community groups and miss out on extracurricular activities.

A lack of understanding among children’s peers and the general community can also be harmful. One participant’s older sibling had been teased at school when the class found out her parent had deployed, which increased fears for the parent’s safety:

Drawing on research, this report recommends policies that safeguard families. One recommendation is that families with children only be relocated up to three times until their youngest child is 18.

Also recommended is a flexible model for deployment, with longer, less frequent deployments. That way, training episodes of the military personnel can be built into deployment to reduce disruptive transitions at home.

These recommendations would provide more opportunities for children and their families to plug into protective supports. Sources of support include educators, extended family, community and defence friends, counselling, health and family workers, social media groups and ADF supports. They could then create a buffer to help families during rough times.

Parents and educators have complained about the lack of resources to support young children from military families, and their educators. Recent funding has meant free research-based resources are now available to build resilience. These also include resources to assist children whose parents have sacrificed their health in service, and their family workers.

Acknowledging and respecting the incredible resilience and contribution of children and partners in defence families should be the starting point for the policy changes needed to boost defence. 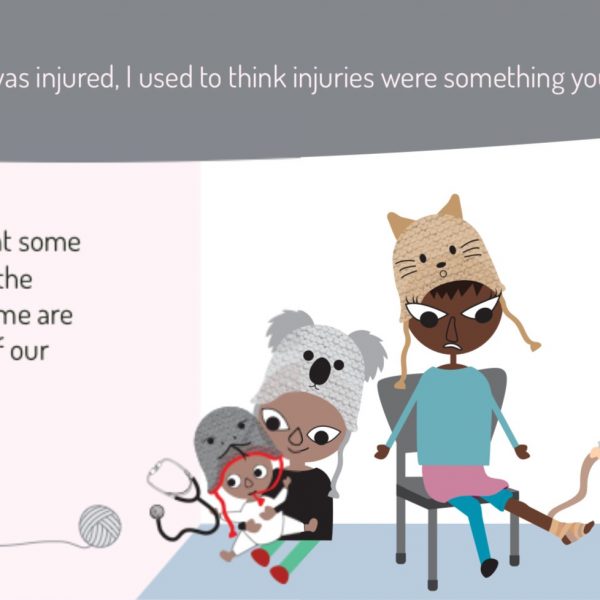