Victoria’s Wyndham City Council is being urged to refuse a proposal to turn an historic Werribee building into a 98 place early childhood education and care (ECEC) service, with heritage advisor David Wixted saying “there’s little that would be unaffected” on the building should the proposal pass.

The $2.02 million proposal concerns a two-storey residence at 9-11 Synnot Street which was designed by Oakley and Parkes, a Melbourne firm that also designed the Prime Minister’s Lodge in Canberra during 1926.

Known as “Muswell”, the Synnot Street building was included in a 1997 Wyndham council heritage report which described Muswell as an outstanding example of a Spanish Mission-style residence and “one of the few examples (of this style) within the western metropolitan region”.

Built in the 1930’s for farmer Claude Creed the building changed hands in 1943 with Werribee physician Dr Charles Prouse living in the house with his family, while running a small surgery out of a building at the side of the property.

Once a planning permit was received by the Council in relation to the property, which outlines the construction of 19 car parks as well as the repurposing of the space to meet the requirements of the National Laws and Regulations in relation to an ECEC service, the Council sought the input of Mr Wixted.

His advice was that the proposal, when viewed against the Planning Scheme Guidelines for a permit, “can only be refused.”

“The proposal is substantial and affects the rear of the building, the outbuilding and the frontage in a broad manner. There is little that is unaffected in some manner including the fences, the paths, the façade (walled extension), the garage/fuel store and the landscape,” Mr Wixted noted.

The Council subsequently issued a request for more information from the developer, which was prepared by Lovell Chen heritage planner Katherine White. Ms White’s position is that the proposal would retain Muswell’s front façade, the main building’s “volume”, front fence, front garden setback and driveway.

“The proposed extent of demolition involves the removal of the rear ring which has no visibility from the street, (and) the outbuilding (which) is a later addition to the site and an internal garden wall.”

“In terms of the overall presentation of the property and the elements which contribute to the significance of the place, as viewed from Synnot Street, are all to be retained.”

To read local coverage of this story, see here. For access to the planning permit and further documentation, see here. 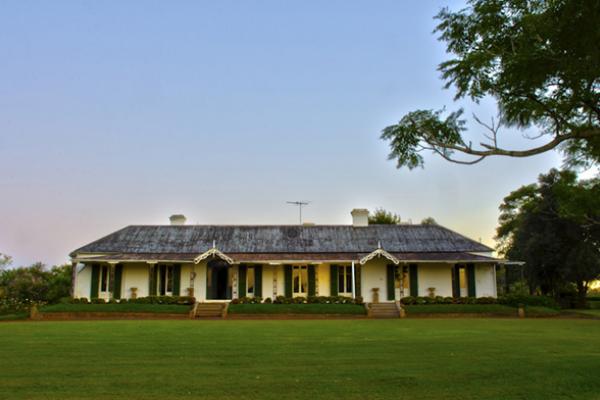 Gledswood Homestead looking to be repurposed as a childcare centre