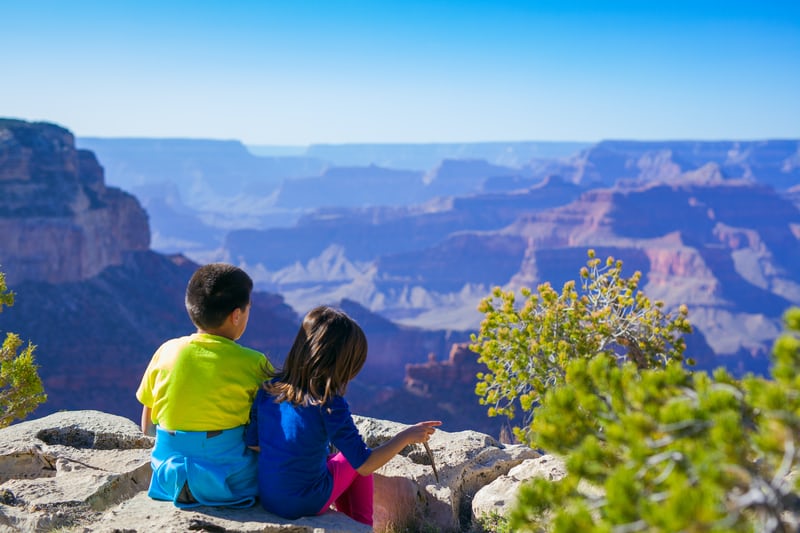 At a recent presentation at the National Press Club of Australia Nicola Forrest and Jay Weatherill came together as representatives of the Minderoo Foundation and the Thrive by Five campaign respectively to share their vision of a revitalised and revamped early learning system for Australia.

This piece will seek to unpack the key aspects of their campaign, where they see the problems with the existing system, what their objectives are for a new system, what some of the solutions might look like and how they will go about effecting change.

What is the Minderoo Foundation?

The Minderoo Foundation is a philanthropic organisation that is focused on promoting the welfare of others via giving, but also by committing to solve national and international problems by supporting communities on the ground and advocating for major policy change.

It was established by Andrew and Nicola Forrest in 2001.

What is Thrive by Five?

Thrive by Five is one of the nine key initiatives funded by the Minderoo Foundation and the one that focuses on the early years.

Their vision is “for young children in Australia to develop, learn and thrive so they can build a better future for themselves and their communities” and their mission is to achieve that by “bringing together families, clinicians, educators, policymakers, other practitioners, and researchers” together to improve service delivery and community capacity.

Thrive by Five is led by Jay Weatherill, previously the Premier of South Australia and Minister for Early Childhood Development, and a long time advocate for early years reform.

Why were Nicola Forrest and Jay Weatherill presenting at the National Press Club?

Their appearance at the National Press Club was one aspect of a broader campaign designed to raise awareness of the challenges they see in the current early childhood education and care (ECEC) system in Australia and to lay the foundations for a period of coordinated advocacy designed to gather sufficient support to convince voters and politicians that their vision for early years reform in Australia is worthwhile in what is expected to be an election year.

What were the key objectives of the Thrive by Five initiative shared at the Press Club?

As well as their vision and mission Ms Forrest stated that it was their ambition to work towards an Australia that was the greatest place in the world to be a parent, where pressures, both financial and otherwise, on parents had been relieved and that by 2030 every child would “thrive by five.”

Why do they think this is an important ambition?

Like many organisations in the ECEC space, Thrive by Five understand the science around children’s early development, particularly brain development, and feel that by creating an early education system that has children, parents and community at its core the outcomes for children and society as a whole will be greatly improved.

What evidence do they see that the existing system is not supportive of this ambition?

Both Ms Forrest and Mr Weatherill highlighted a number of social, developmental and economic challenges that they felt were either indirectly or directly linked to the current ECEC system.

As Ms Forrest said, “Many of these problems are avoidable, they have arisen because we as a nation are not creating stimulating environments that all under fives need to flourish.”

Were there any other aspects of the current system that they highlighted?

Yes, Mr Weatherill made a number of observations about the current ECEC system, including:

Mr Weatherill then moved to frame the extent of the challenges of the current system and the potential benefits to society should they be addressed through the context of the ‘three Ps’, namely Participation, Productivity and Population, all of which he argued would be positively impacted if the underlying ECEC system was subject to reform.

Is the problem just limited to ECEC?

No, it is not, as Ms Forrest shared.

The Thrive by Five vision also includes creating solutions for the child support services system which she described as a “bureaucratic nightmare. Inefficient, hideously complex and inaccessible to those that need it most.”

The overall vision encompasses more than just reform of ECEC, it is a reform of all of the various bodies of government that support children and families.

So what does Thrive by Five’s reformed ECEC system look like?

At a high level the primary qualities of the Five by Thrive system would be one that was “accessible, affordable and high quality for all Australians.”

Did Ms Forrest or Mr Weatherill provide any more details?

Yes, the main elements of their new system were outlined as:

Mr Weatherill summarised their position by sharing the essential elements of the new system; “Universality, higher quality, integrated across support systems (infant and maternal health), place based and creating accountability with a line of sight through to the education system.”

“This is about making people feel connected to a community. It’s not about an infrastructure project about building centres, they are already there. It might be the childcare centre, it might be the primary school, it could be the library. It’s about a place that is a one stop shop,” Ms Forrest added.

However, the practical steps to get us to this new system were not provided, largely because the campaign is still in its early stages.

“The first cab off the rank is for Governments around this country to accept there is a problem and establish a vision for the solution” Mr Weatherill said, which amounts to “a high quality, universally accessible early learning system for our country.”

Mr Weatherill highlighted that it is still too early to say with surety how the system is ultimately constructed will need to be worked through. He added that this was “big reform” and would take time to develop.

He did note that there were some challenges with existing funding structures in that they were complex as a Federal and State blended system and reiterated the importance of accountability in any future system.

Nevertheless, he also noted that although he was not in a position to share the how yet, he was confident that there were some opportunities available now that could effect positive change such as addressing the short term uncertainty around the National Partnership for Universal Access to Early Childhood Education.

Are there any current examples of ECEC reform in Australia that are consistent with their vision?

That being said, Mr Weatherill highlighted that the contributions to affordability and accessibility provided in the Labor budget were ‘good starts’ but were not the entire system, and that Thrive by Five had a much bigger set of reforms in mind.

How do other governance types like for profit services fit into the Five by Thrive vision?

Mr Weatherill addressed a question from a journalist on this matter and he reiterated that they were still not at the design stage of the new system so he did not have a firm view of how the various governance types that make up ECEC would be represented.

He did add that quality provision of for profits in some areas was a concern and that Thrive by Five more broadly was ‘doing some thinking’ on what a great system would look like before adding that “even Medicare does provide for private for profit providers, however, what role they would play in a universally accessible high quality system, the jury is still out on that.”

“The touchstone is universally accessible high quality early learning for every child.”

Ms Forrest then added “This is not about a government constructed program that is compulsory.  This is about giving parents options and giving them the choice and if they want to pay more money then that’s ok. But the standard should be consistent, accessible and affordable.”

So what are the next steps for the Five by Thrive campaign?

In the short term the primary focus of the Thrive by Five campaign is to raise awareness of the issue so as to be able to create pressure within the political process for change.

Mindoroo will bring together ‘a broad constituency of change’ from across the political spectrum. It will run a sophisticated well funded campaign that will talk to stakeholders across marginal seats as part of a national roadshow that will develop new platforms to allow voices to be heard in parliaments across Australia

“The whole point is to put this on the political agenda. We are going to keep campaigning until we are successful,” Mr Weatherill said. 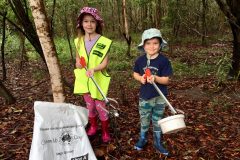 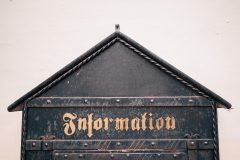 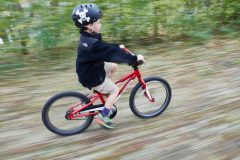 ACECQA seeks feedback during next round of NQF review