While it is widely understood that early life experiences can have a significant effect on brain development and neurobiological health, new research from Emory University, Atlanta USA has found that this impact can be passed down to subsequent generations.

In the new study, researchers report that the infant children of mothers who had experienced childhood emotional neglect displayed altered brain circuitry involved in fear responses and anxiety.

“These results show that our brain development is not only shaped by what happens in our own life, but is also impacted by things that happened to our parents before we were even conceived,” lead author, Cassandra Hendrix, PhD, said.

Dr. Hendrix and her colleagues studied 48 Black mother-infant pairs starting in the first trimester of pregnancy. Mothers were given a questionnaire to assess childhood trauma (experiences of early abuse or neglect). The mothers were also evaluated for current, prenatal stress levels, and for anxiety and depression. One month after birth, infants underwent a brain scan using resting-state functional magnetic resonance imaging, a non-invasive technology that could be used while the babies slept naturally.

The researchers focused on brain connections between the amygdala, which is central to processing fearful emotions, and two other brain regions: the prefrontal cortex and the anterior cingulate cortex. Both areas play a key role in regulating emotions.

Babies whose mothers experienced childhood emotional neglect had stronger functional connections between the amygdala and the cortical regions.

After controlling for mothers’ current stress levels, the researchers found that the more emotional neglect a mother had experienced during her own childhood, the more strongly her baby’s amygdala was connected to the frontal cortical regions.

Physical abuse or neglect of the mother were not correlated with the stronger connectivity. The findings suggest that childhood emotional neglect has intergenerational effects on brain structure and function.

Researchers are unsure as to whether the change in brain development is one which leads to increased risk for anxiety, or one which promotes resilience, in case the infant has less supportive caregivers.

“In either case,” Dr Hendrix said, “emotional neglect from a mother’s own childhood seems to leave behind a neural signature in her baby that may predispose the infant to more readily detect threat in the environment almost from birth. Our findings highlight the importance of emotional support early in life, even for subsequent generations.”

“The findings add to evidence of the intergenerational consequences of early life adversity, such as maternal neglect,” added Dr. Carter.

“Future studies that follow children longitudinally will help us understand the functional significance of these changes in brain function in terms of the emotional and social development of children of mothers who experienced early neglect.”

The study appears in Biological Psychiatry: Cognitive Neuroscience and Neuroimaging, and may be accessed here. 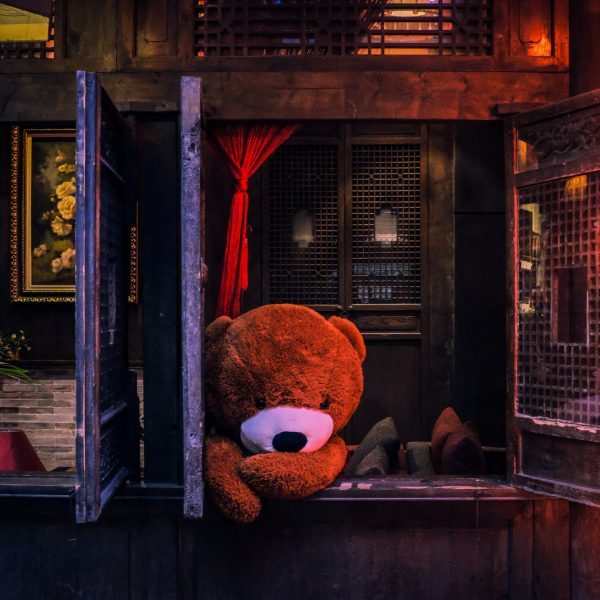