Early childhood teachers have many roles in a classroom – mentor, therapist, nurse, scientist, and judge, to name a few – but one of the main roles is teaching the foundational skills through organising and providing resources in the classroom space.

Recent research indicates that teachers have the predominant role in organising early childhood classrooms in Australia, but there is a growing body of research investigating the role of children in organising the kindergarten classroom. I wanted find out more about how young children are involved.

We do know that participation or involvement of children in organising their learning environment has a positive effect on their sense of belonging, behaviour, learning and development. This could be true for children of all ages but particularly so for young children experiencing their earliest encounters with learning spaces.

I wanted to specifically research how children describe their role in organising the materials in the indoor kindergarten classroom space in the Queensland, Australia context.

The challenges of organising such a classroom are real for teachers. In Queensland kindergarten classrooms there are usually two teachers in the room educating up to 22 children with a play-based curriculum daily. Teachers have to organise learning activities with a range of resource materials, including furniture, and be compliant. So, what is required of teachers in the approved learning frameworks to be compliant?

In Queensland the Queensland Curriculum and Assessment Authority (QCAA) provides kindergarten teachers with a guide for their teaching practice, programming and the facilitation of children’s learning. It emphasises that children play an active role in planning and organising their own learning. Also, according to the Australian Government’s Early Years Learning Framework, teachers ‘can encourage’ the participation of children and families to contribute their insights and ideas about the early learning space. But neither of these suggestions mean that this will happen or that children participating in organising their classrooms will be taken seriously and valued.

Article 12 of the Convention on the Rights of the Child (1989) also requires children’s perspectives to be heard and taken seriously on matters affecting them. Literature has referred to Article 12 and the right to participate in many ways, but I have identified two categories (which should not be taken as exhaustive):

There is an increase in research showing how children’s perspectives are heard in the classroom space, however more is needed. My study aims to add to this field.

I used a sociomaterial and spatiality theory. (For details please see my full paper). This theory had me think of the classroom and the things in it as having an influence and transforming educational practice. In a nutshell, I considered how the materials (resources, learning activities (closed/open- ended), furniture, equipment, and utensils), children, teachers and the kindergarten space influences and transforms children’s ability to organise the space.

My study was conducted in a kindergarten setting within a childcare centre in Brisbane, Queensland. Six children conducted child-led tours describing their role in organising the classroom and then discussed their tours in a follow-up video-stimulated recall interview.

Child-led tours are a participatory tool for research, as it is a method where children lead the data collection and does not rely solely on children’s verbal abilities but draws on their non-verbal abilities. During the child-led tour, the researcher asked each child questions, such as ‘what do you put in here?’ and ‘do you play with it?’. One educator was present in the room at the time. Child-led tours were conducted while other children were playing outside to minimise their being captured in the video recording.

I noted one specific departure from the expected organisation processes. Dingo, one of the six children in my study, indicated during the child-led tour and video-stimulated recall interviews, that he had set up a number line. Sandy, Dingo’s teacher, in an informal conversation with me, spoke about the number line being something that she and Dingo had created together. The creation of Dingo’s number line resulted in him taking ownership of it, as he reinforced the rules to children about using it.  For example, he told them, “Don’t step on it because it’s still dry”.

Dingo making the number line was unexpected as we know research suggests teachers usually have the main organisation role. However, Dingo showed that he had a role in the category of participation where he was involved in creating the number line and his participation was taken seriously by his teacher.  So his participation aligns with Queensland’s Kindergarten Learning Guidelines and the Early Years Learning Framework where early childhood teachers are encouraged to work with children to design and plan the classroom space. (For more details of Dingo’s number line please see my full paper)

Recommendations from my study

A crucial implication of this study is the amount of child involvement and the ‘hearing’ of their voices about the processes and practices of organising a kindergarten classroom. A strong breadth of literature supports the importance of involvement of children in the classroom, with children having the immediate right to be heard, taken seriously, and given due weight on matters that affect them.

A review of the literature suggests that a teacher’s decision to involve children in the classroom is influenced by the large educator-to-child ratios, the perceptions teachers have on children, the lack of support in facilitating children’s verbal and non-verbal languages and the little acknowledged phenomenon that non-human materials and the early learning space have an effect on practice.

Contrary to studies finding that educators have the predominate role in organising the classroom, a child in my study described that he clearly participated in the organisation of his classroom by constructing his number line.

I believe there is a need for researchers, educators, and organizations to hear, through different modes, the views of children.

This qualitative study, and the use of child-led tours and video-stimulated recall interviews, proved a successful measure of investigating how young children describe their role in organising the indoor kindergarten classroom. More research is needed to further under children and their interactions with non-human material to organise their early learning space.

Due to the long period of time required to conduct research, the researcher recommends conducting workshops with teachers (in kindergartens, childcare centres), leaders (director, educational leader) and pre-service teachers in ways to discuss how children’s voices can be and are involved in organising their early learning spaces. Participating teachers would be networking and learning from each other.

Finally, it is emphasised by the inclusion of children in research, as seen in this study, children are capable and competent to interpret their world. The decisions made in how a classroom is organised and, with the use of a research story, any feedback about the daily operation of an early learning setting in a kindergarten classroom, can be investigated.

Evangeline Manassakis is a research assistant for Griffith University in Queensland. She completed the Master of Philosophy (Education) that investigated children’s involvement in the organisation of the kindergarten classroom. Evangeline received for her study the Jean Ferguson Memorial Award and was made the runner up for Outstanding Thesis Award 2020. Her current research interests include children’s voice, classroom design and organisation, spaces, participatory methodology and design, Rights of the Child. 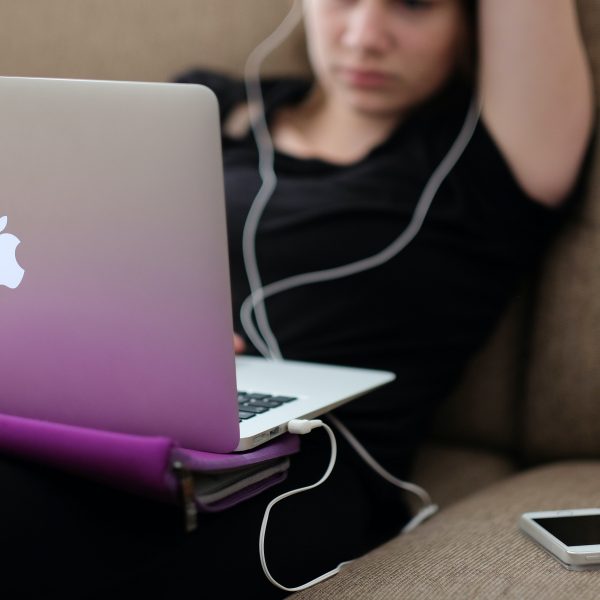