Arriving in Australia with little English, Daniella Grote, a trainee of the year finalist in the  Illawarra and South East Training Awards, credits a meeting with a TAFE NSW counsellor in 2016 as being one which changed the course of her life, and “awakened something deep in her soul”.

Originally from Austria, Ms Grote moved to Australia for love in 2009 and despite a life-long ambition to be a kindergarten teacher, lacked the self-belief and English skills to chase her dream.

All that changed when she met with the TAFE NSW counsellor who encouraged her to take a leap of faith and enrol in a Certificate III in Early Childhood Education and Care. From there, Ms Grote gained a traineeship within a week of starting her work placement at Balgownie Preschool and Montessori Centre and the rest, as they say, is history.

“I had doubts about whether I had the right strengths for the job but as soon as I started studying at TAFE NSW, I began to believe in myself,” she said, urging other locals to “believe in themselves and follow their professional passion”.

The practical “hands on” nature of her study, coupled with teachers who have sector based experience made TAFE the right choice for Ms Grote, who now works with Elonera Montessori in Mt Ouzley.

Prior to working in ECEC, Ms Grote was an interior designer but said working in childcare was her dream job, encouraging others who might lack confidence to jump in and give it a go.

“You need to get the right training and then once you get a job on the field, you might surprise yourself. I’m living proof,” she added.

The Jobs of the Future report, released in 2018, predicted “early childhood teacher” would have the highest percentage growth of any profession in the Illawarra by 2023.

For more information about  studying childcare at TAFE NSW for semester two, phone 13 16 01 or visit www.tafensw.edu.au. 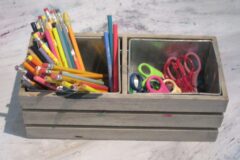