Childcare closed to most families, no JobKeeper: what Melbourne's stage 4 lockdown means for parents and the sector Childcare services and most preschools have remained open throughout the COVID-19 restrictions in Australia. From Wednesday, however, Melbourne’s stage 4 restrictions mean most children (except for vulnerable children and those of essential workers) in metropolitan Melbourne will no longer be able to attend early childhood education and care for at least six weeks.

Kindergarten and early childhood centres in regional Victoria, however, remain open to all children.

So, what will not being able to send children to childcare or preschool mean for Melbourne’s families and the early childhood education and care sector?

What it means for families

Around 287,000 children aged 0-4 live in Melbourne. Of these, one-fifth of one year olds and around 90% of four year olds attend a range of early childhood education and care services and preschools.

Most of these children will have to stay at home with their families for at least six weeks, plus school holidays for children attending sessional kindergarten.

Only children whose parents work in permitted industries, or vulnerable children (presumably those in contact with the child protection system or who have a disability, although the details have not yet been announced) will have access to early learning services during this period.

Parents will face similar challenges as parents whose young school children were learning from home in terms two and three. But they’ll be doing this with younger children with different (often greater) needs, without the learning and developmental remote support being provided by schools.

Recent research with parents of schoolchildren shows this is likely to take a significant emotional toll as parents attempt to balance care, early learning and paid work. Guilt and anxiety about not doing any of these jobs well is common among parents.

Women are likely to carry a disproportionate share of the load, and may reduce work hours to support their family. Workforce participation by Australian women already lags behind many countries with more generous childcare policies.

What has the government done?

The government put in place a relief package in April to support families and services in the early childhood education and care sector, because many people pulled their children out of childcare.

The government provided centres with around 50% of their revenue based on enrolment numbers between February 17 and March 2, on the basis parents weren’t charged any fees. Services were also able to access JobKeeper for eligible employees.

Childcare was the first sector to lose JobKeeper in July, as part of the transition back to pre-COVID funding arrangements. The federal government is providing a transition payment to operators until September 27. The payment makes up 25% of the childcare service fee revenue from February 17 – March 1.

This is one way of addressing the fact only a few early childhood education and care workers are eligible for JobKeeper. The Minister for Education Dan Tehan told a press conference on Tuesday nearly one-third of the early childhood workforce weren’t eligible for the package.

Parents whose income has been reduced due to COVID-19 are eligible for an increase in subsidised hours (up to 100 per week), but they’ll still have to pay the gap fees. For many families who have lost income, these fees are likely to be unaffordable, and the increased allowance won’t make a difference.

Dan Tehan said on Tuesday the federal government (which funds the childcare sector) is working with Victoria on a suitable arrangement for parents and the sector during the stage 4 restrictions. Further announcements are expected later this week.

Will the sector survive a six-week shutdown?

Australia’s mixed model of childcare provision means unlike government schools, there won’t be a common plan rolled out across the sector. Private companies and non-profit and community organisations will need to assess their own situations, make their own plans, and communicate these with families.

Even before the latest restrictions, many providers were struggling to adjust to the transition arrangements and meet additional COVID-related costs. There are instances of services charging parents fees when children were absent, where providers were unable to manage any reduction in income.

Some providers have exhausted their financial reserves and are facing serious financial difficulty.

Some providers have said closing for six weeks is easier than remaining open with low numbers.

Support to providers will be critical to ensuring services can remain open for families of permitted workers, and open their doors too all families as restrictions are eased.

What are the options, and what if this happens again?

The transition payment to childcare operators was designed to support the shift back to stage one and two restrictions — it is not fit for stage 3 or 4 restrictions. This payment to providers should be increased to ensure they can survive the next few months.

The government should be considering several options, geared towards minimising damage and disruption for children, families and the sector.

A better option would be to temporarily increase the federal government’s transition payment to services, with the remainder of services’ revenue made up by fees from parents whose children are still attending, and federal government subsidies. This could also be improved by strengthening the employment guarantee provisions for educators.

The employment guarantee linked to the transitional payment only requires employees to keep their jobs, which for many casuals may mean only a few shifts per week.

This may not be the last time we experience stage 4 restrictions in Australia. The childcare sector has been near collapse, followed by government rescue twice in 2020, in stark contrast with the stable schools system, that has been able to focus all their attention on children’s and educators’ learning and well-being.

It’s time for Australia to get serious about developing a more sustainable system that provides high quality and genuinely affordable early learning to all Australians, which is not at constant risk of collapse as we navigate the challenges of COVID-19. 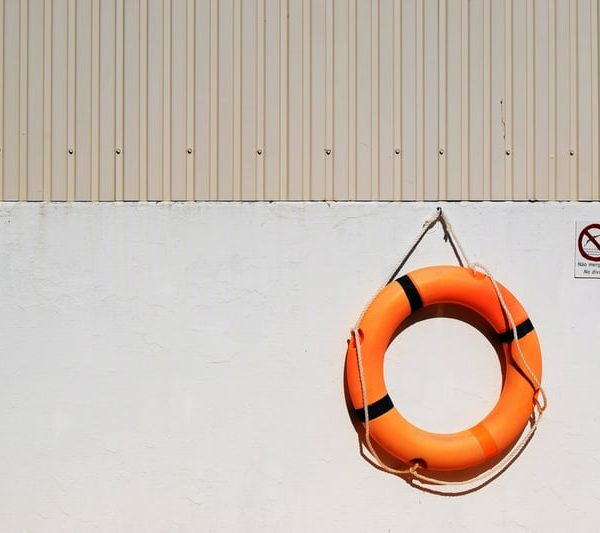