New data released yesterday from the Australian Bureau of Statistics has shown that women in Victoria and New South Wales have lost jobs faster than men in the second week of July, something commentators have said is a sign of a looming “pink recession” as a result of COVID-19.

The term “pink recession” speaks not only to the impact of support measures such as JobKeeper being withdrawn from a female dominated early childhood education and care (ECEC) system months ahead of other sectors and industries, but also to the fact that during the pandemic women have seen faster job losses than men, whilst also shouldering the burden of an increase in caring responsibilities during periods of social distancing and lockdown measures.

Payroll jobs as measured by the Australian Bureau of Statistics (ABS) dropped by 1.4  per cent in Victoria in the week between 4 and 11 July, as the COVID crisis escalated and the state entered a second lockdown.

While payroll jobs held by men fell by 0.5 per cent in the second week of July, it dropped by 2.1 per cent for women in Victoria.

In NSW, payroll jobs dropped by 1 per cent for women in the week between 4 and 11 July, while payroll jobs held by men in the same week fell 0.3 per cent.

Part of the explanation for the figures lies in the nature of roles held by women, with an over-representation of women in part time and casual work in sectors and industries hardest hit, including the arts and hospitality, leaving many women vulnerable to unemployment or underemployment during the pandemic.

Should this pattern continue, Georgie Dent, Executive Director of The Parenthood said, 30 years of progress in terms of gender equity in the workforce would be under threat.

“Paid work has been decimated by the COVID crisis with women losing hours and full-time employment in greater numbers than men at the same time that their unpaid work has soared,” Ms Dent said.

“One of the best ways of increasing women’s participation in the workforce and solving the ‘pink recession’ is providing quality, affordable ECEC,” she added.

“Investing more in ECEC would pay dividends in supporting more women into paid work, growing employment in a female-dominated industry and giving kids the best start possible,” she said.

To view the statistics from the ABS, please see here. 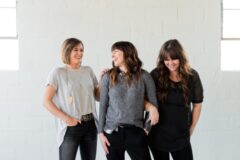 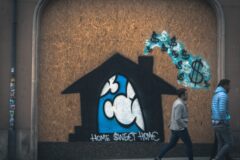 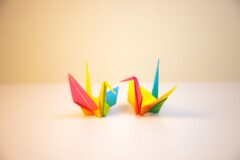