Geelong early childhood education and care (ECEC) services will be able to benefit from working with Felicity Dunn, the founder of eQIPd, after she won the city’s inaugural Clever and Creative Pitch-Fest.

The Pitch Fest invites start-up organisations and businesses from a variety of industries and sectors to pitch for $2,500 in cash and prizes, alongside the opportunity to promote their business to the broader Geelong community.

The competition is open to anyone operating a business in the greater Geelong region with their business/start-up focussing on at least one of the nine Clever and Creative aspirations of the city.

Through eQIPd, Ms Dunn specialises in collecting quality feedback from parents and staff and using this feedback to “ease the burden of survey compliance on educators at kindergartens, preschools, long day care and after-school hours care,” local news source The Geelong Advertiser said.

With a background in education regulation and as the former president of a community run kindergarten, Ms Dunn said she believes in the power of data to drive improvement in education services.

“Families and staff know a lot about an organisation; if you ask the right questions you can get an idea of what they love about a service and what could be done better – helping ensure the service provided for children and families is excellent,” she said, noting that as the regulatory frameworks for all education and training sectors in Australia have moved to a continuous improvement model, services “should be actively seeking feedback from their stakeholders”.

The idea for the pitch came to Ms Dunn based on the 2018 Australian Early Development Census, which showed that Geelong “has seen significant increases in the number of children whose development was rated vulnerable for social competence, emotional maturity, and language and cognitive skills,” the Advertiser coverage noted.

These increases, Ms Dunn said, point to both a problem and an opportunity. With 40 per cent of children in Geelong and surrounds attending long day care for 30 hours a week or more, she noted, ECEC services can play a significant role in turning these figures around.

“If those centres are high quality, and focused on quality, then it means we can really raise the outcomes for those children which has great implications for their future, in terms of relationships, work and learning,” Ms Dunn told the Advertiser.

Based in Ballarat, the business started in 2016, and hopes to scale up in the future.

For more information on the Pitch Fest, please see here. 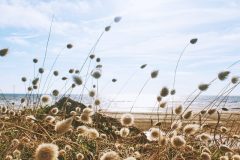 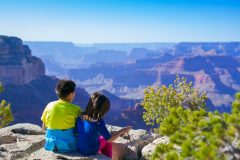 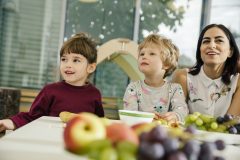 Is improving efficiency your New Year's Resolution for 2022? How Woolworths at Work can help