The key to preschooler’s persistence lies with how their adults manage failure: study Persistence in the face of challenges is a documented key factor of learning and academic success for children. However, little is known about how educators can help to foster persistent behaviour in children in the years before formal schooling.

A new US study has examined the interactions taking place between preschool-aged children (those aged between four and five years of age) and adults to determine how these interactions affected the children’s persistence.

The study ultimately found that the efforts adults put into their actions, successes and failures, and words affected children’s persistent behaviour to differing degrees.

Lead researcher Dr Julia A. Leonard said “Our work shows that young children pay attention to the successes and failures of the adults around them and, reasonably, don’t persist long at tasks that adults themselves fail to achieve.

“However, we found that when adults could complete a task successfully, speaking about the value of the effort and letting children see the hard work that went into achieving the goal, it encouraged persistence in children who were watching.”

In conducting the research, 520 children were studied, with researchers noting how the persistence of children was affected by their observations of adults’ actions (whether they put a lot of or a little effort into an action) and the outcomes of those actions (whether the adults succeeded or failed in their efforts). The children were from a range of socioeconomic and ethnic backgrounds.

The study also looked at how persistence was affected by adults’ words: whether they set expectations for the children’s attempts at a task that was designed to be impossible to complete. For example, adults told the children: “This will be hard,” gave pep talks by saying something like “You can do this,” or offered value statements by saying, for example, “Trying hard is important”.

There was also a condition in which adults did not say anything about children’s expectations. Persistence was measured by how hard the children chose to work at the same task attempted by the adults, which was difficult and new to the children.

Three core findings of the study which may influence the way early childhood education and care (ECEC) professionals interact were as follows:

The authors of the study suggested that their findings demonstrate that young children are attentively watching the adults around them and actively learning from their words, efforts, and outcomes how hard they themselves should try at tasks. To encourage children’s persistence, they said, adults should show children how hard work leads to success by demonstrating this in their own actions and by speaking about the value of effort.

Co-author Laura Schulz said the study showed that children are rational learners: “They pay attention first and foremost to whether adults succeed at their goals,but when adults succeed, children are also watching how hard adults try and what adults say about the value of effort.”

The study was supported by the National Science Foundation and the Center for Minds, Brains, and Machines, and the findings above have been summarised from Child Development, How Adults’ Actions, Outcomes, and Testimony Affect Preschoolers’ Persistence. 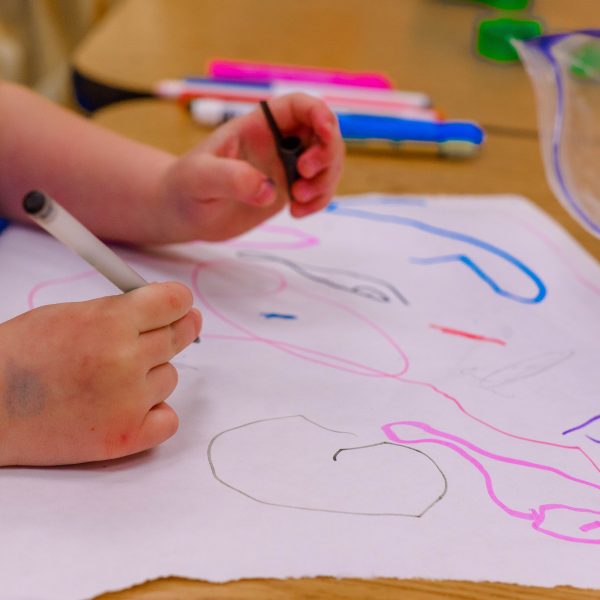