Like Australia, men are underrepresented in New Zealand’s early childhood education and care (ECEC) sector. New Zealand publication, Stuff, recently spoke with men working in ECEC as early childhood teachers (ECTs) about their experiences, and with commentators from the sector, about the reasons behind this, and how it might be addressed.

President of the Men in Early Childhood Network New Zealand, Russell Ballantyne, pointed to the latest draft strategic 10-year plan for early learning, where the Ministry of Education says one of the key goals is that: “All children should have equitable access to a well-qualified workforce that mirrors the diverse cultures and genders that constitute Aotearoa New Zealand,” noting the absence of a strategy to close the gender gap in the sector.

While men are featured in images in the document, Mr Ballantyne said there was no mention of how to bring more men to the sector.

Acknowledging the under-representation of men in the sector, Ministry deputy secretary for evidence, data and knowledge Dr Craig Jones told Stuff that the Government has not played a large role in managing the teacher workforce, which is made up of independent community and private providers that operate independently.

“However, we acknowledge that men are under-represented in the ECE sector and report on it regularly. While the majority of teaching staff in early childhood education services are female, the number of non-female staff has increased in recent years.”

Mr Ballantyne spoke about unconscious bias against male educators, saying that the inclusion of men in early childhood education “isn’t about just introducing a-typical “manly men” who are into rough and tumble, outdoor play and have interests in topics such as science.”

The secret to creating more space for men in ECEC, commentators in the article noted, was to “hold the door open and invite them in”.

“All the international research says that men need to be invited in because they know they’re going in to someone else’s domain, and often it’s the women who say to a man: ‘Have you ever thought about teaching? You’d be a really good teacher’, and often that gives men the confidence to apply,” Mr Ballantyne told Stuff.

To read the story in detail, as covered by Stuff, please see here. 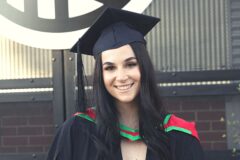