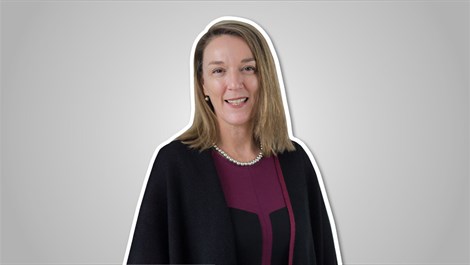 YMCA Victoria, which maintains a presence in the Victorian early childhood education and care (ECEC) space, operating both long day care and outside school hours care programs, has announced the appointment of a new CEO, Ms Carolyn Morris.

Ms Morris, who commenced formally in the role yesterday, was appointed following what the approved provider described as “an extensive global search”. YMCA Victoria Board Chair, Mr Stephen Ellich, said Ms Morris was “selected from a very strong field of candidates that included leaders of some large-scale global organisations.”

Having held both Acting CEO and Chief Operations Officer positions with YMCA Victoria, Ms Morris is familiar with the workings of the organisation, and said she was “humbled to be appointed by the Board to lead the organisation at an exciting time in its 160 year history.”

“The Y makes a positive and meaningful impact on the lives of millions of people every single day. I am very positive about the future for YMCA Victoria and I want to ensure that our organisation continues to strengthen the communities we serve well into the future,” Ms Morris said.

Speaking about the team she will be working with, Ms Morris said she had never worked with more passionate and enthusiastic people, locally or nationally, and that she looked forward to joining partners, staff, supporters and volunteers to inspire young people, “ensuring they can be heard and help build cohesive, active and healthy communities, and drive positive change in the world.”

Ms Morris takes the reins from Peter Burns, who has been associated with the YMCA for over 40 years, serving as YMCA Victoria’s CEO since 2002. Mr Burns transitioned into the role of Chief Mission Officer for YMCA Victoria earlier this year.

In welcoming Ms Morris to the helm, Mr Ellich said “Carolyn has been an outstanding Chief Operations Officer for YMCA Victoria and has already helped position the organisation for sustainable future growth. Carolyn’s knowledge of the Y and passion to drive change for good, assured the Board that our Y’s future is in good hands.”

He thanked Mr Burns, on behalf of the Board, for his “incredible 17 years as CEO of YMCA Victoria. His leadership has been integral to helping grow our iconic organisation from a handful of staff, to a workforce of 6,500 passionate people delivering impact from 150 different locations.”

Prior to working with the YMCA, Ms Morris enjoyed a successful career within the Aged Care, Childcare, Finance and Banking sectors including leading large business divisions at Bankwest, ANZ Bank and GE.