Teachers are teachers - pay us the same: NZ ECTs join the push for pay parity Early childhood teachers (ECTs) based in New Zealand are said to have been “closely following” recent teachers strikes in New Zealand, and will meet on Sunday to discuss wages, ChildForum spokesperson Dr Sarah Alexander has told stuffNZ.

The issue has come to the forefront in NZ after primary teachers in the country accepted an offer last month which places them into pay parity with their secondary teaching peers. ECTs are currently negotiating a collective agreement, with parity a core issue, stuff said.

A recent survey of 900 people from the early childhood education and care (ECEC) sector, conducted by ChildForum, found that 95 per cent of those surveyed supported an increase in the Ministry of Education prescribed wage rates (known in Australia as Award Wage) for ECTs.

Respondents in favour of the increase included owners/ employers, of whom 80 per cent supported an increase in the prescribed wage rates.

92 per cent of respondents supported an increase of $2 per hour or more, a stark contrast to a recent Ministry announcement that outlined an increase in prescribed wage rates by 22 cents for degree qualified teachers.

In the broader NZ education sector, the ChildForum survey found that 39 per cent of respondents supported all teachers in teacher-led services being given pay parity with teachers who work in kindergartens/ primary schools, and 54 per cent supported pay parity providing that funding was increased to match the funding rates paid to free kindergartens.

An increase in the prescribed wage for ECTs in New Zealand centres would “be the carrot that will entice staff to join the ECEC sector and remain in the sector. The increase should benefit those who completed training and are loyal to the sector,” one respondent said.

Mirroring the Australian context in relation to workforce shortages, a respondent who identified as an ECT said “The lack of teachers in ECE is because of the pay rate. The Ministry need to make this a priority otherwise ECE teachers are not going to see there is any point in training.”

Another teacher responded “We are University qualified teachers. I have taken the exact same paper as someone who studied to be a primary teacher. How is it they are on more money and have less hours on the floor with children? The output of work an ECE teacher does is immense.”

Again similar to the Australian context, Dr Alexander told stuff  that ECTs were “struggling to live” on their wages, and with the national minimum wage now at $17.70, there was little incentive to get qualified.

The Sector recently reported on workforce challenges in New Zealand, with many centres reliant on relievers because of teacher shortages.

To read the coverage of this issue, as produced by stuff NZ, please see here. 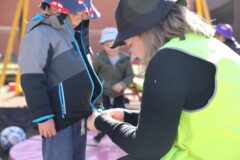 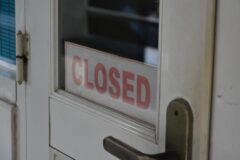 More than 4,500 educators unite in NZ calling for full time nature based childcare