Labor’s proposed A$4 billion reform to the childcare subsidy on Sunday confirms that early childhood is a key policy issue this election. This is on top of Labor’s previous announcement of 15 hours of funded preschool for every Australian three-year-old.

The latest announcement will no doubt be welcomed by families balancing the costs of childcare against the benefits of participation in paid work. In 2015, the Productivity Commission estimated around 165,000 Australian parents would like to work more, but were prevented due to poor accessibility or affordability of suitable childcare.

Under Labor’s proposal, families on incomes up to A$174,000 with children under five would be better off on average by A$26 a week, or A$1,200 a year per child. Most families earning up to A$69,000 would get their childcare free. Currently, they receive a subsidy of 85%. Labor’s proposal would save them up to A$2,100 annually per child.

The current subsidy gradually tapers down as earnings increase. The lowest subsidy available is 20% for the highest-earning families, before it cuts out at A$351,258.
Families on incomes above A$174,000, under Labor’s plan, would continue to receive the same level of support as under current arrangements.

The current subsidy was introduced as part of the Coalition’s major childcare reforms (worth A$3.5 billion) in 2018, which included a means-tested subsidy and removal of annual caps. The reforms benefitted an estimated one million lower-income families – but also left around 280,000 families worse off, including families with neither parent in work.

ANU modelling had predicted that while the reforms would benefit low-income families, the activity test would mean families not working or studying would be at risk of missing out.

This is where early childhood policy gets complicated. Policies can be motivated by different goals. The Coalition reforms were aimed at encouraging parental workforce participation. Labor’s proposal for the childcare subsidy seem similarly motivated.

But parents are not the only beneficiaries of childcare subsidies. Quality childcare also benefits children’s learning. Many childcare programs for four-year- olds (and increasingly, three-year-olds), incorporate preschool. For children of all ages, Australian childcare providers must provide a play-based learning program, guided by the national framework.

That’s why childcare and preschool services are all known as early childhood education and care: whenever children are being cared for, they are also learning. Even a nappy change offers opportunities to support children’s learning, as skilled educators use playful, caring interactions to help young children develop skills like communication, trust and well-being.

Educators can also help families recognise these opportunities, so learning continues at home. Children in low-income households often have fewer opportunities to learn, due to factors such as stress and limited resources for investment.

To maximise benefits for children, all early childhood services need skilled, professional staff. Labor’s promised wage increase of 20% over eight years for early childhood educators addresses an issue that has been in the too-hard basket for too long.

Research has shown many Australian early childhood educators are paid so little they are financially dependent on others in their households — ironically while enabling financial independence for other working women.

Low wages place downward pressure on the quality of early childhood programs. Educators’ qualifications are lowest in low-income communities, where families cannot afford to meet the costs of higher wages. Government subsidies can help to break the link between educators’ wages and families’ ability to pay fees, so the best educators can reach the children who most need them.

Of course, the devil is in the detail when it comes to policy implementation. Labor has not specified how the wage increases will be delivered, instead committing to further consultation with the sector. Big questions remain about how government subsidies – to parents or educators – will be absorbed into a sector with for-profit and not-for-profit providers.

Close monitoring of the impact on childcare costs will be essential. Labor’s plan includes asking the Australian Competition and Consumer Commission to investigate “excessive” childcare fees. But can support for families be increased without stimulating an increase in fees? Can educators be supported to earn a fair wage, while keeping prices fair for families?

There is much to be gained by engaging with these questions. When parents are working, the economy benefits. When children are learning, everyone benefits, as the impact of early learning lasts throughout school and beyond. Countries like Sweden and Finland show what may be possible when parents’ and children’s needs are prioritised equally.

We owe it to Australia’s children to keep these issues on the election agenda. 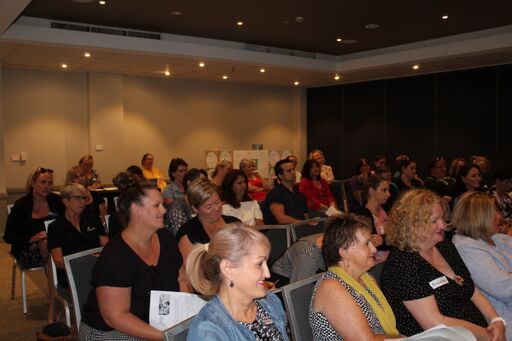