A Dolly Parton Imagination Library has launched to support families from Queensland’s Beaudesert to encourage reading from an early age.

The program sees children who are registered with the charity from age birth to five receive a high-quality, age-appropriate book delivered to their home each month, as part of a global initiative designed to “stir a love of reading in the hearts of children everywhere”.

Dolly Parton’s Imagination Library has been in Australia since 2014, with United Way Australia (UWA) collaborated with the charity, making Australia the fourth nation to offer the program.

The Beaudesert arm of the program came as a result of funding received by UWA through the Courier Mail Children’s Fund, and is being implemented through a partnership with the Benevolent Society’s Early Years Centre.

Ms Phillips said that The Benevolent Society were “thrilled to again join forces with UWA to further expand reach of this hugely significant program and bring the benefits of early years literacy to the children and families of Beaudesert”.

Beaudesert was chosen to participate in the program after a 2015 study, titled Dropping off the Edge.identified Beaudesert as an area of disadvantage, with one in three children starting school developmentally vulnerable.

UWA Queensland Manager Dr Marcus Curcija said it was vital to intervene early to improve outcomes for vulnerable children in Beaudesert, “because children who start behind, stay behind”.

Children not reading proficiently by grade four, Dr Curcija said, were more likely to drop out before finishing high school.

“Initiatives such as Dolly Parton’s Imagination Library lend a helping hand to parents who are encouraged to read to their children from an early age to ultimately benefit future learning and life outcomes for their children,” he added.

Working with UWA, Dolly Parton’s Imagination Library has reached more than 10,000 children, with more than 235,000 books being distributed to Australian family homes.

Research conducted by UWA as part of their year on year comparison surveys showed that more than 70 per cent of parents or carers involved in the program said the books and tip sheets provided through the program had an influence on the frequency and/or amount of time they spent reading with their children.

Respondents to the survey also said the program had an influence on their confidence and ability to read to their children, with 30 per cent saying one of the main benefits of the program was bonding with their child through increased quality time spent together whilst reading.

For more information, or to register to participate in the Dolly Parton’s Imagination Library program in Beaudesert, contact the Benevolent Society’s Beaudesert Early Years Centre on 07 5540 or via the United Way Australia website. 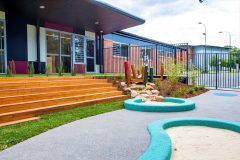 Creating environments that enable children and educators to shine 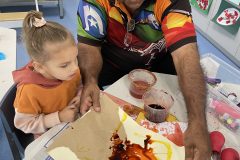 Read aloud to children to boost their vocabulary