The New South Wales branch of the Australian Childcare Alliance has put politics firmly on the early childhood education and care (ECEC) agenda for 2019, predicting the key election concerns that will face the sector ahead of the 2019 Federal election.

Taking the position that oversupply pushes up operational costs for providers, ACA NSW said oversupply and subsequent lower occupancy levels mean a rise in fees for families to accomodate for a decline in the number of children. Oversupply also creates the problem of reducing supply of  the more expensive childcare places for children aged birth to two years old in order for services to achieve operational sustainability, ACA NSW said.

ACA NSW and its national body, the Australian Childcare Alliance, have long advocated for practical (government-related) solutions that can help address childcare oversupply. As yet, ACA NSW said, no Australian government (federal or state) has accepted responsibility for this phenomenon nor offered solutions that they could implement that can assist.

Highlighting sector wide challenges, ACA NSW said that a significant election issue would centre around the ongoing issue of service providers finding qualified and competent staff and the increasing cost of labour due to “more and more regulations”. Both the Federal Department of Employment and the NSW Department of Education published reports in 2018 confirming a significant labour supply problem, however no plausible solutions had been provided based on the reports, ACA NSW said.

Acknowledging that it was unlikely for the current Federal Coalition Government to make any substantial changes to the child care subsidy (CCS) so soon after its introduction in July 2018, ACA NSW focused attention here on the proposal by a Labor Government, if elected at Federal level, to ban the use of incentives for enrolment, and to ease some of the eligibility criteria for accessing subsidised care, especially for those on low-income and certain others currently unable to satisfy the existing activity tests.

ACA NSW pointed out that although the NSW Liberal/National Government was technically the first government to announce they would introduce preschool funding for three year olds, they limited it only to those attending community preschools, resulting in an estimated maximum of 28 per cent of three year old children in NSW being able to access funding.

This, they said, leaves up to 72 per cent of three year old children who do not attend community preschools without any comparable subsidies from the NSW Government, and poses challenges to workplace participation, with many community preschools operating from 9am to 3pm.

ACA NSW noted that the Australian Labor Party has announced new funding worth $1.75 billion which will similarly replicate Universal Access Funding but this time for three year olds in an effort to deliver two years of 600 hours each of early childhood education over the two years before school regardless of setting.

The “unspoken” problem, ACA NSW said, was that corresponding state governments would be expected to commit to corresponding contributions in order for the full benefits of Federal Labor’s promises to be realised.

In anticipation of both a NSW state election, and a Federal election being called in 2019, ACA NSW highlighted further areas of concern for children, parents and service providers, namely:

ACA NSW concluded their statement by affirming their commitment to the provision of high-quality ECEC, whilst balancing against the cost of service provision, and the financial capacity of parents as well as taxpayers.

The full statement from ACA NSW can be viewed here. 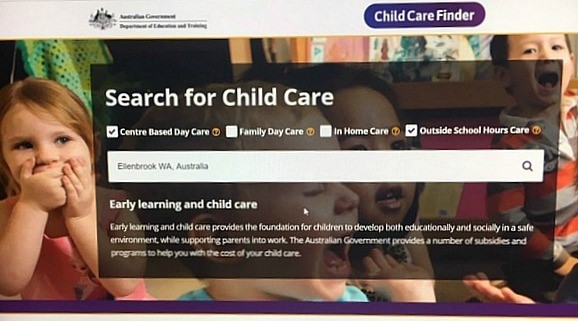